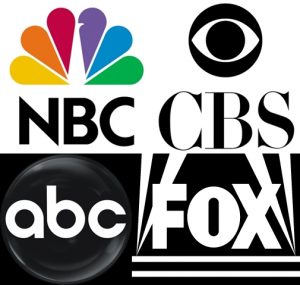 The meeting will take place Monday afternoon at Trump Tower in midtown Manhattan, according to campaign manager Kellyanne Conway.

The networks represented will include ABC, NBC, CBS, CNN, and Fox News.

George Stephanopoulos was there on ABC’s behalf, and it is believed that he will be accompanied by David Muir and Martha Raddatz.

Stephanopoulos at Trump Tower ahead of off the rec meeting with network execs and anchors pic.twitter.com/nKRHrOfkxp

Charlie Rose, Norah O’Donnell and Gayle King were also in Trump Tower to represent CBS. John Dickerson is also expected to appear there.

Bloomberg’s Jennifer Epstein had the remaining list of figures who will appear at Trump Tower. To represent Fox, Bill Shine, Jack Abernathy, Jay Wallace, and Suzanne Scott will make an appearance.

Here are the TV execs and anchors who have entered the elevators at Trump Tower to go to an off-the-record meeting with the president-elect pic.twitter.com/hzjWi8ByOr