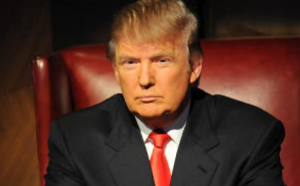 In the case of Donald Trump (and Ben Carson) vs. CNBC on the issues of debate format and length, it’s almost impossible to find fault in the GOP frontrunner’s reasoning.

But there’s a big catch…

Let’s start with Trump’s argument and impetus for a potential boycott of the October 28th debate: Is three hours unfair given the Democrats just finished a debate of a little over two hours? Yes. It’s a simple matter of fairness, and for anyone to say another extra hour again for one party and not another is either a blind partisan and/or has never debated before. Let’s be clear: Three hour debates never existed before, and only exist now in an expanded effort to sell more ad time…a lucrative proposition when considering just how huge (pun intended) the audiences were for the first two GOP debates (24 million for Fox, 23 million for CNN, respectively).

Is the absence of an opening and closing statement also unfair given they were allowed in the Democratic debate on Tuesday night and the two GOP debates before this one? Of course. It’s part and parcel in every debate on almost every level, and to suddenly ditch the idea for no acceptable reason is a matter of the network ignoring precedent. Can those opening and closing statements be reduced to one minute each instead of two? Sure. Easy negotiation…

So what’s the aforementioned catch for Trump? Well, let’s say CNBC holds firm and gets the three hours it wants. Let’s also say CNBC is unwavering on its insistence that opening and closing statements aren’t happening.

And then let’s say–because it’s happened fairly recently–that Trump hems and haws but eventually gives in because he wants to keep his momentum going in polls where he’s leading by varying margins in the first four contests (Iowa, NH, SC, Nevada) for the nomination (which will send him well on his way to a once-unthinkable conclusion). So to keep said momentum, Trump decides he can’t miss a debate watched by 20-million-plus and allow an establishment candidate like a Rubio, Bush or Kasich access to a huge stage to finally make a case without him looming and dominating the conversation. And yes, it may not get to 25 million, but will break 20 million with or without Trump, because think about it: All the controversy leading up to the Trumpless debate will only compensate for those not tuning in because he’s not there. Even the Democratic debate with Hillary, Bernie and the Washington Generals drew 15 million.

And like he did with his boycott of Fox, which lasted about the length of your average weekend, he caves to CNBC. He surrenders. What does that say about the following kind of statement, which he doesn’t go one day on the campaign trail or in interviews from touting:

“I know how to negotiate good deals. Negotiate with countries like China, like Mexico… Mexico is unbelievable, what they’re doing with cars and with industry. They are taking our business like we’re a bunch of babies. We don’t have our best and our brightest negotiating for us. We have a bunch of losers, we have a bunch of political hacks. We have diplomats. And China puts the people — hey, look. I know the smartest guys on Wall Street. I know our best negotiators. I know the overrated guys, the underrated guys, the guys that nobody ever heard of that are killers, that are great. We gotta use those people.”

But if you’re batting 0-for-2 against two cable news networks despite having considerable leverage (the ability to drive ratings to unprecedented heights), are you really the great negotiator you claim to be?

Trump’s right about three-hour debates being unfair to Republicans, which is solely about selling more airtime for a highly rated event. He’s also on the money when it comes to the precedent and need around opening and closing statements.

But if he doesn’t get what he’s asking for here, or blinks on the way to the boycott, he denies himself his self-described best attribute:

The ability to negotiate.

It is the art of the deal, after all…