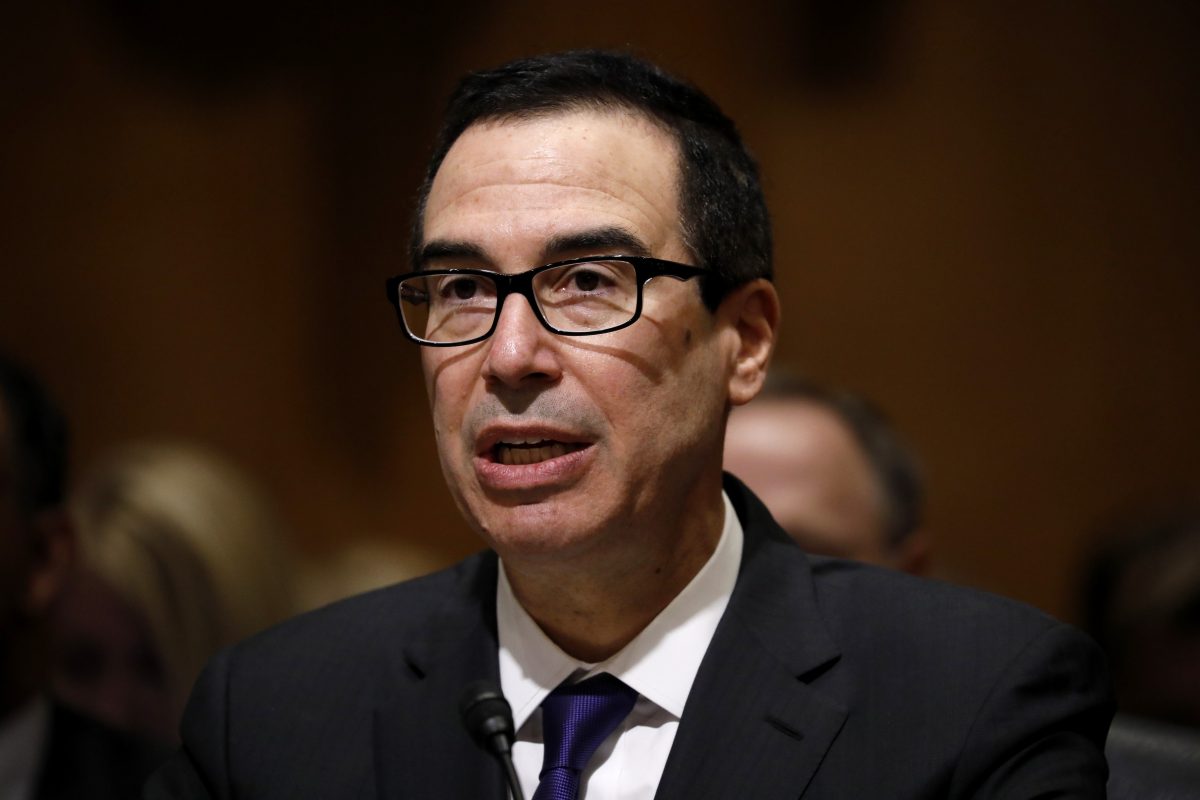 “Personally I think the gun violence — It’s a tragedy what we’ve seen yesterday, and I urge Congress to look at these issues,” he said during a House Ways and Means Committee hearing about the budget.

“I have vast responsibilities as treasury secretary but this is out of my lane of responsibility,” Mnuchin added, acknowledging his lack of power in the matter. However, he told Rep. John Lewis that he would do his level best to convince those who can take action to do so.

“I appreciate the severity and the tragedy and I will speak to the president and the other Cabinet members,” he said.

Why did Mnuchin break from the party line of “thoughts and prayers”? One possibility: he may have felt at liberty to speak out about this because he, as treasury secretary, is not beholden to any constituency, including the gun lobby.