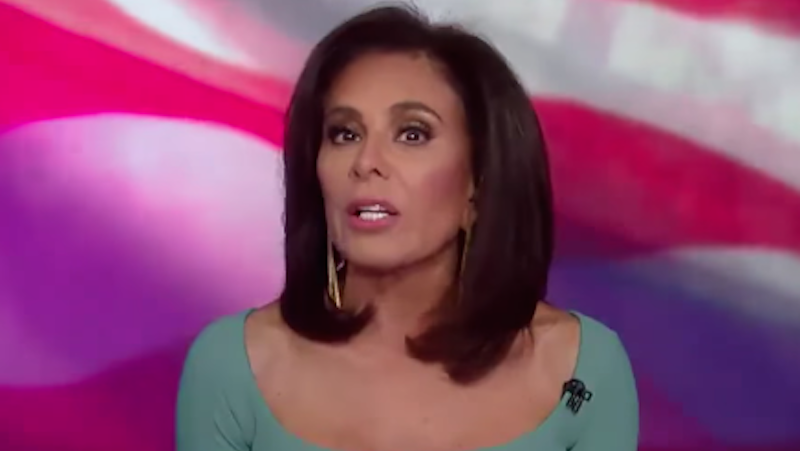 Fox News host Jeannine Pirro headlined a fundraising event for President Donald Trump at his Mar-a-Lago resort in Florida, and according to the Washington Post, opened with a line poking fun at one of the president’s recent controversies.

She was smiling. That was a setup. Here was the joke: “It sure ain’t no shithole!” Pirro said.

Pirro, who apparently found her way out of the woods in Chappaqua, sped down to Florida to headline Thursday night’s event at Mar-a-Lago. It was reportedly dubbed the “Red, White and Blue Celebration for We the People,” and thrown “by a Palm Beach group called Trumpettes USA.”

Ticket prices were set at $300 — “very low for Palm Beach,” as Farenthold notes – and the resulting crowd was a collection of hundreds of Trump supporters who had traveled from across the country to meet likeminded MAGA-enthusiasts.

The event came days before another fundraiser at Mar-a-Lago — one which Trump was hoping to attend, before the government shutdown threw a wrench into his weekend plans — is set to take place at the resort on Saturday night.

Saturday night’s event promises to be a touch more gilded than the humble affair thrown by the Trumpettes: per Bloomberg News, tickets started at $100k per couple, with money raised going to Trump’s reelection bid.

Read the full WaPo report for more detail on the colorful array of characters in attendance at the event.