‘Not Made on This Earth’? UFO is Trending on Search and Social and Here’s Why: The Pentagon Apparently Has Some 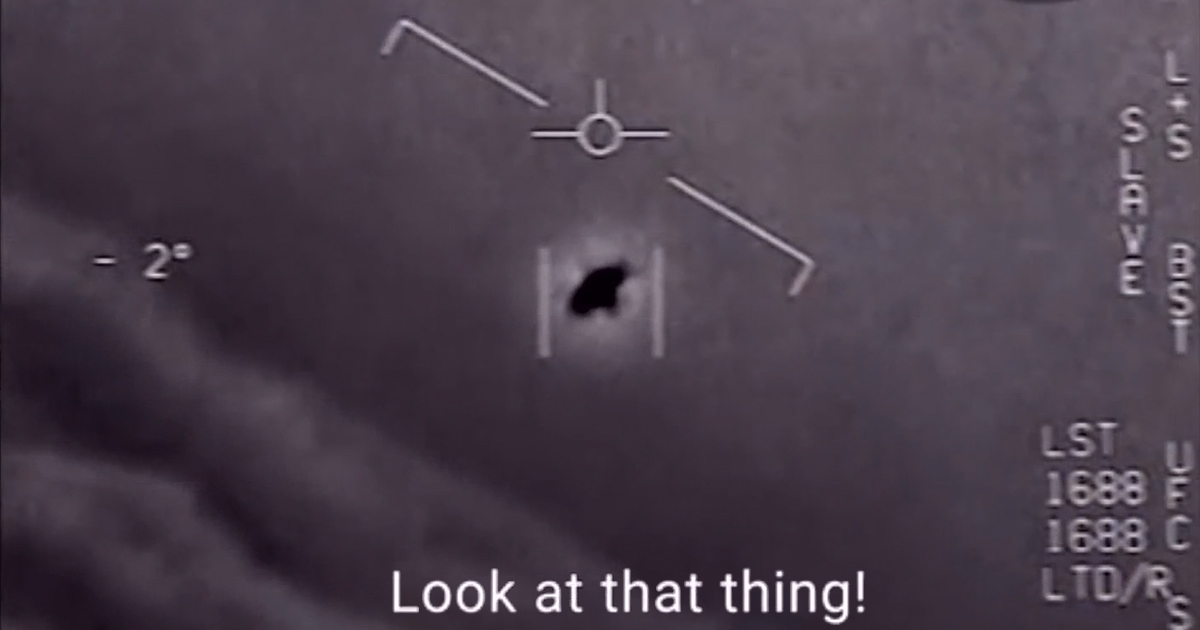 The Pentagon’s Unidentified Aerial Phenomenon Task Force, a program they made an effort to characterize as no longer active, is not only very much still a government program, it’s a government expense, as outlined by the New York Times earlier this week. But there’s more than just a line item here, explains Popular Mechanics.

The acronym/word UFO is trending on Google. In fact, it was the biggest search of the day on Friday.

It continues to trend on social media and search into Saturday, and that’s thanks to an explosive quote from astrophysicist and former Pentagon consultant Eric W. Davis.

The astrophysicist Eric Davis, who consulted with the Pentagon’s original UFO program, told the Times that after he examined certain materials, he came to the conclusion that “we couldn’t make [them] ourselves.” In fact, Davis briefed a Department of Defense (DOD) agency as recently as March about retrieving materials from “off-world vehicles not made on this earth.”

The magazine has been reporting on the program for some time, and the NYT account is a confirmation of that reporting.

“The government’s UFO unit currently resides in the Office of Naval Intelligence,” they write, and explain that the Senate has authorized appropriations for fiscal year 2021 for the task force, which is where the NYT picked up the news.

While retired officials involved with the effort — including Harry Reid, the former Senate majority leader — hope the program will seek evidence of vehicles from other worlds, its main focus is on discovering whether another nation, especially any potential adversary, is using breakout aviation technology that could threaten the United States.

Senator Marco Rubio, the Florida Republican who is the acting chairman of the Senate Select Committee on Intelligence, told a CBS affiliate in Miami this month that he was primarily concerned about reports of unidentified aircraft over American military bases — and that it was in the government’s interest to find out who was responsible.

The Times had to issue a major correction with regard to their characterization of former Senator Harry Reid‘s comments, but it doesn’t actually change the otherworldly substance of the story.

The Popular Mechanics report, including a comment from a Pentagon spokesperson, is comprehensive but compact, and a great read.

Evidence suggests UFO whistleblower Bob Lazar was telling the truth all along | The Star https://t.co/fo6oKa923X

It's not every day one reads a New York Times article containing the phrase “off-world vehicles not made on this earth". When I investigated UFOs for the UK government in the Nineties, I could only dream of such mainstream respectability for this subject.https://t.co/Jyzeil6dHs

The story made the air on FNC with host Tucker Carlson, too.

Commander David Fravor, a retired U.S. Navy pilot who encountered a tic-shaped UFO in 2004, speculates about the existence of "off-world vehicles not made on this earth." Which is a quote cited in a recent New York Times report.

This is getting VERY interesting. ???? pic.twitter.com/Xgy30aPaq8

Naturally, there are jokes/wry commentary to be had.

Pentagon: why are UFOs trending?

Trump: you said we had off-world vehicles.

Pentagon: I said we had off-road vehicles that were out of this world FFS!!

Still, there is a certain amount of impatience with the slow-drip.

The New York Times keep doing these incremental UFOs stories. We don't care. Show us the spaceships or GTFO.

The truth is out there, they say. If so, it’s going to do bang-up business on social media.