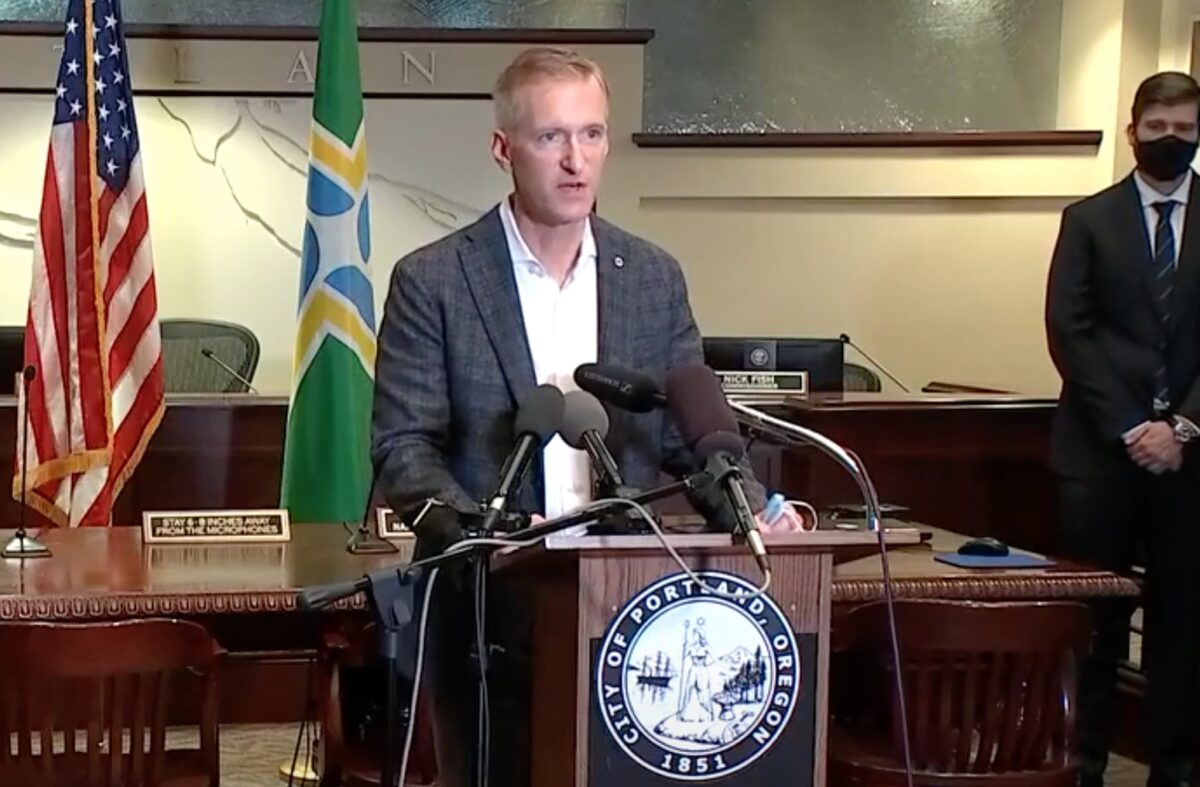 Portland Mayor Ted Wheeler pepper-sprayed a man who belligerently encountered him on Sunday as he was leaving a restaurant.

Multiple reports say the confrontation happened outside of the McMenamins Hillsdale Brewery & Public House, where Wheeler met with former Portland mayor Sam Adams. At one point, a man approached the two with a camera and harassed them over coronavirus restrictions and other matters.

Adams took an audio recording of the exchange as Wheeler and the man argued about whether the mayor violated social distancing guidelines by not wearing a mask at the restaurant. While it isn’t captured very well on the recording, police reports from the incident say Wheeler was sitting in a tented area, and that he told the man Covid regulations allow people to take off their masks while eating and drinking.

As Wheeler and the man continued to quarrel over social distancing, the man is heard saying “I’ve got a picture of you. You guys are a bunch of hypocrites.” The man was also heard saying “thanks for ruining the city,” and shortly after, he exclaimed “You just pepper-sprayed me for no reason at all.”

At that point, Adams was heard telling the man “actually, I was here, and you were like a foot from him. He asked you to back away, and you didn’t.” The man then claimed “the mayor has just thrown something at me,” though Wheeler says it was a bottle of water so the man could wash his eyes out.

Wheeler told police that he was worried about contracting the coronavirus since the man was allegedly maskless when he got up close to the mayor.