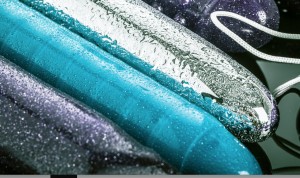 It’s a nightmare scenario we’ve all envisioned: you’re meeting with an important client, having coffee with your pastor, or leading a parent/teacher conference when suddenly, an unmistakable hum emanates from your top desk drawer. Now, that nightmare has become a terrifying reality, as tech wizards have figured out a way to hack internet-connected sex toys. From Reuters:

While the stunt provoked sheepish giggles, the message was sobering. As the number of smart, interactive devices connected to the Internet explodes, concern is mounting about insufficient safeguards and a lack of consumer and employee awareness.

The real news here, though, is that these guys really need to get out more:

“But if I can get to the back-end, I can blackmail the manufacturer,” he added, referring to the programming system behind a device’s interface.

If writing code is the most fun thing you can think of to do with a sex toy, and your idea of “getting to the back end” is cracking an operating system, maybe it’s time to shut the laptop and get some fresh air.