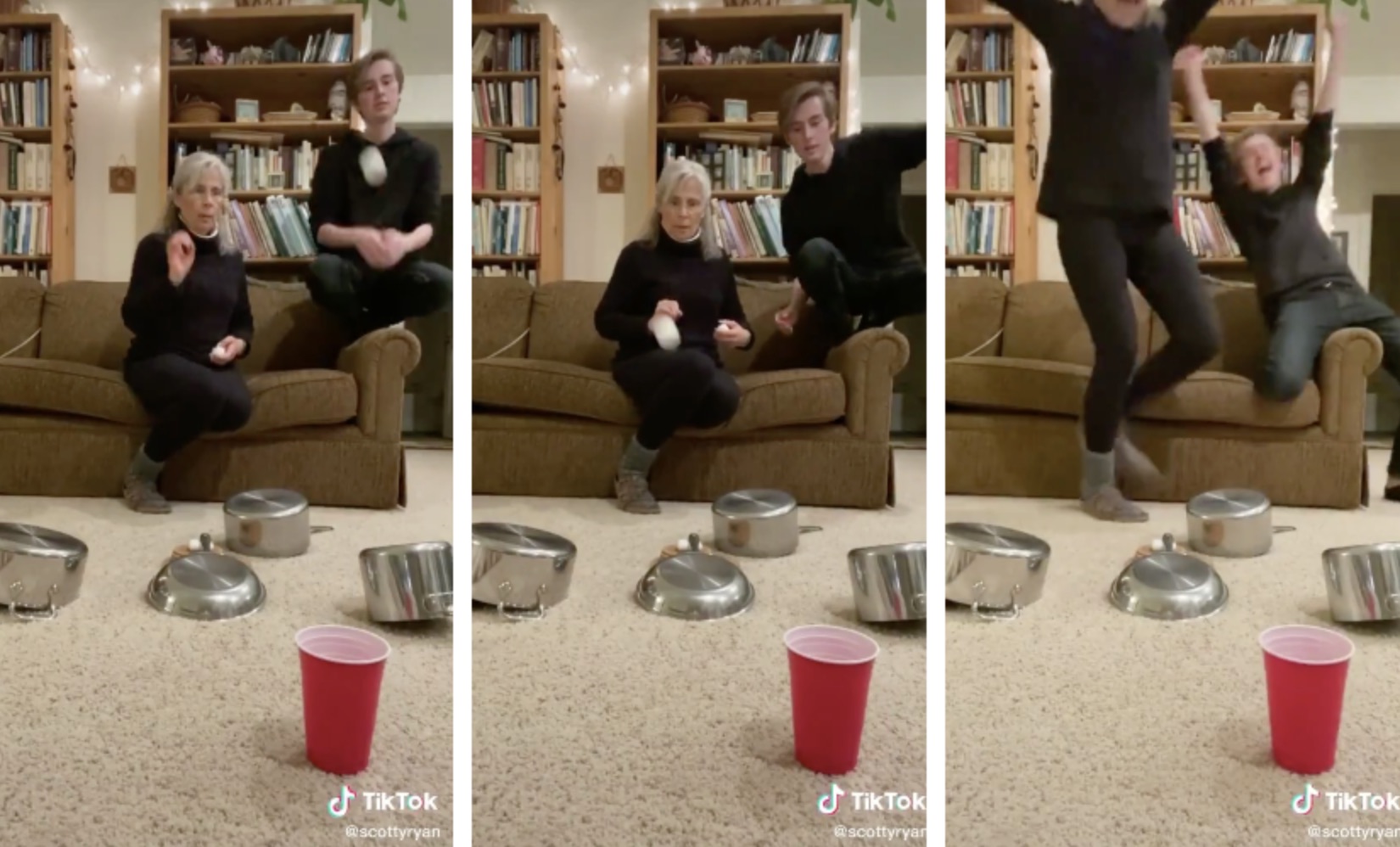 Tik Toker Scotty Ryan and his mom — after many attempts — successfully pulled off an incredible trick shot that involved bouncing a ping pong off of four pots and into a cup.

The mom and son duo had attempted the trick several times before perfecting it, and each video Ryan uploaded has millions of views on the Tik Tok app.

Ryan’s Tik Tok account is full of videos attempting other trick shots, but claimed in a caption “Trick shots with my mom are the best trick shots.”