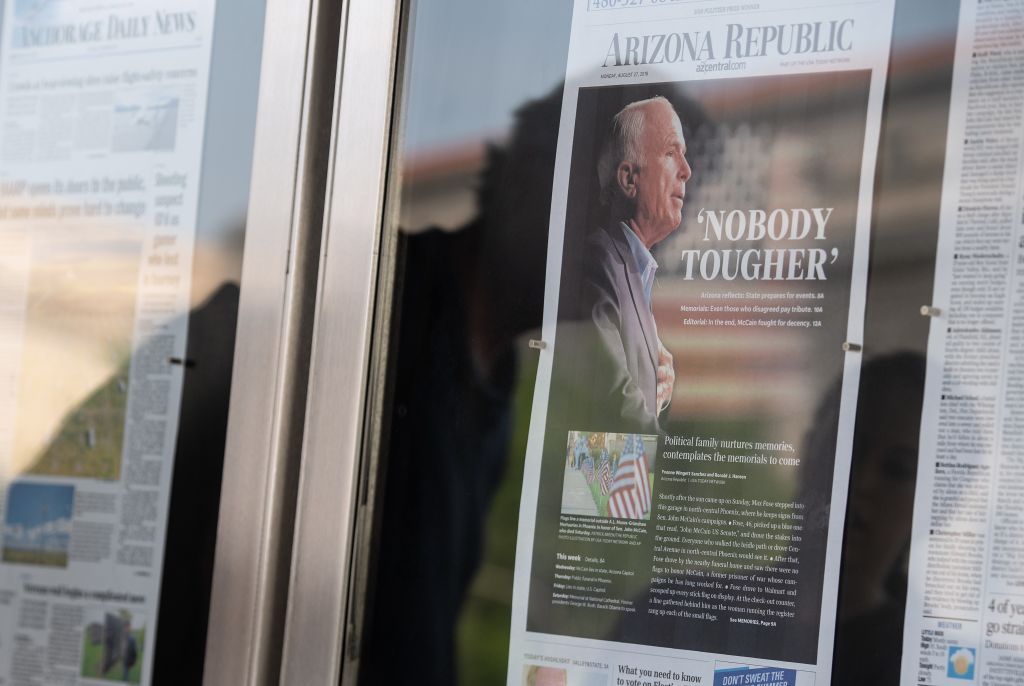 Greg Burton, executive editor of the Arizona Republic, sent out a bizarre email to his newsroom that accused pro-union reporters of “surveilling” their colleagues and implied that this behavior was akin to the targeting of journalists done by corrupt officials, murderers, and child molesters.

According to a HuffPost report, Republic executive editor sent the memo to the newsroom in an effort to calm what he called a “divisive unionization effort” drive at Phoenix newspaper. Media conglomerate Gannett currently owns the Republic and is in the process of merging with another corporate giant, Gatehouse Media. Some employees have undertaken a labor union drive to protect against possible layoffs in the aftermath of the merger.

“It has come to my attention,” Burton wrote, “that several employees, in pursuit of their goal of unionizing our newsroom, are tracking the comings and goings of a number of their co-workers (reporters, editors, producers and photographers) who do not support unionization.”

“If organized surveillance and spying are already occurring in the face of a divisive unionization effort. I hope you carefully consider the consequences of bringing the Guild into our workplace,” Burton’s email said, in a barely disguised warning against unionization. “We are targets on social media. We are targets when we stand firm on a story that unmasks a murderer running for office, a teacher who molests children, an appointee who bulldozes indigenous artifacts or stockpiles weapons, a mobster who doesn’t much like being called a scam artist or a dirty trickster intent on DOXing a critic.”