Laura Ingraham Scoffs at Political Worldview of Reparations: As Trump Says ‘No Do-Overs’

Laura Ingraham Scoffs at Political Worldview of Reparations: ‘No Do-Overs…We Won, You Lost. That’s It.’ 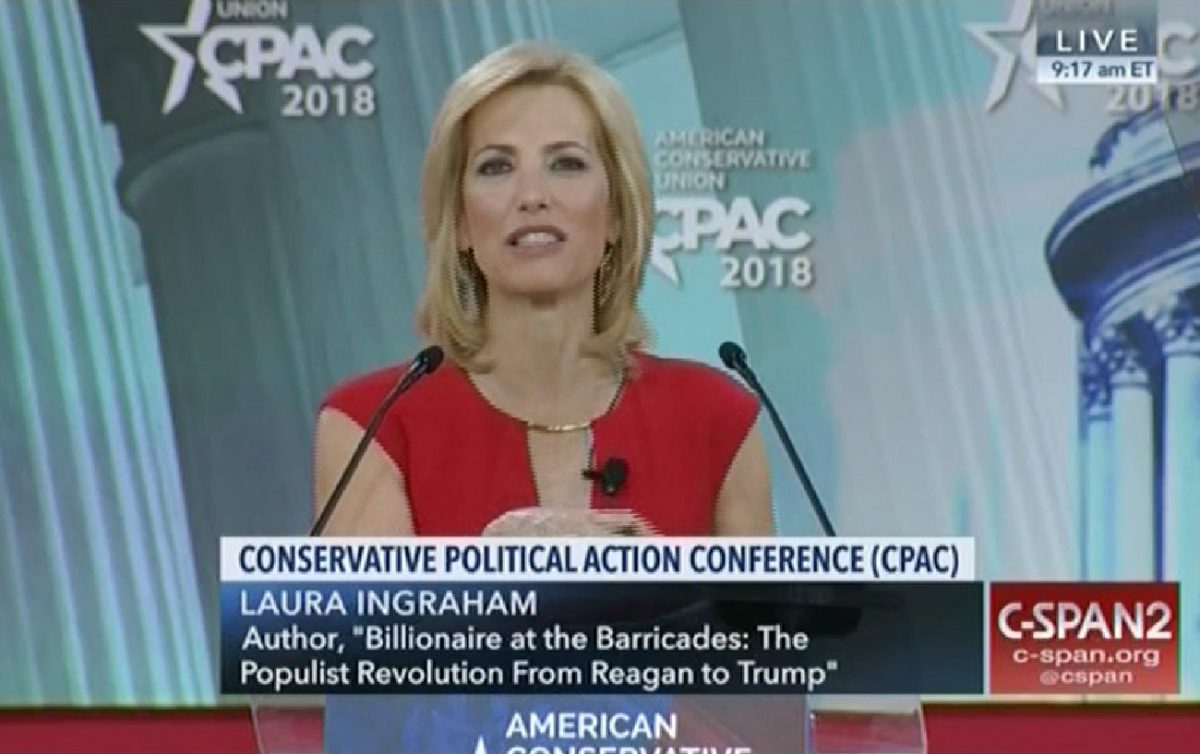 On her podcast show, conservative pundit Laura Ingraham scoffed at the notion of paying reparations to African-Americans who are descendants of slaves or who suffered under the racist oppression of Jim Crow laws.

“People would argue, and I would, that the whole world has been reshaped by people taking other people’s land. It’s called conquest,” she said in a discussion with Kentucky State University political science professor Wilfred Reilly.

Ingraham’s worldview is belied by reality, however. Reparations between peoples have long been a part of world history, as evidence by the war restitution payments made by Germany to the Allies after World War I. And on a more granular scale, the United States has long followed a policy of remunerating families in Iraq and Afghanistan who have suffered accidental injuries or death as a result of its military operations in those countries.

“You can change Indian reservations and make them better or change the whole way those operate,” Ingraham said later, conceding that governments can, in fact, enact policies that attempt to redress past mistakes and atone for policy inequities. “That’s not my area of expertise,” she then openly acknowledged.

Notably, Ingraham didn’t see fit to reckon with how her fundamental opposition to relitigating the past — “no do-overs” — contradicts the driving ethos of one of her podcast’s recent sponsors, the president’s 2020 re-election campaign, which officially goes by the name “Make American Great Again Committee.”

Hours after the show, however, Ingraham did take issue with critics that she said were taking her comments out of context.

For the record the quote from my podcast “we won, you lost, that’s that” was referencing the general world map that changed over millennia due to war—and we discussed how coming together as one people of all races would be best path forward.

Listen to relevant clip from the podcast below, via The Laura Ingraham Show.