Trump Labor Secretary Under Fire Amid Epstein Charges: He ‘Put a Pedophile Back on the Streets’ 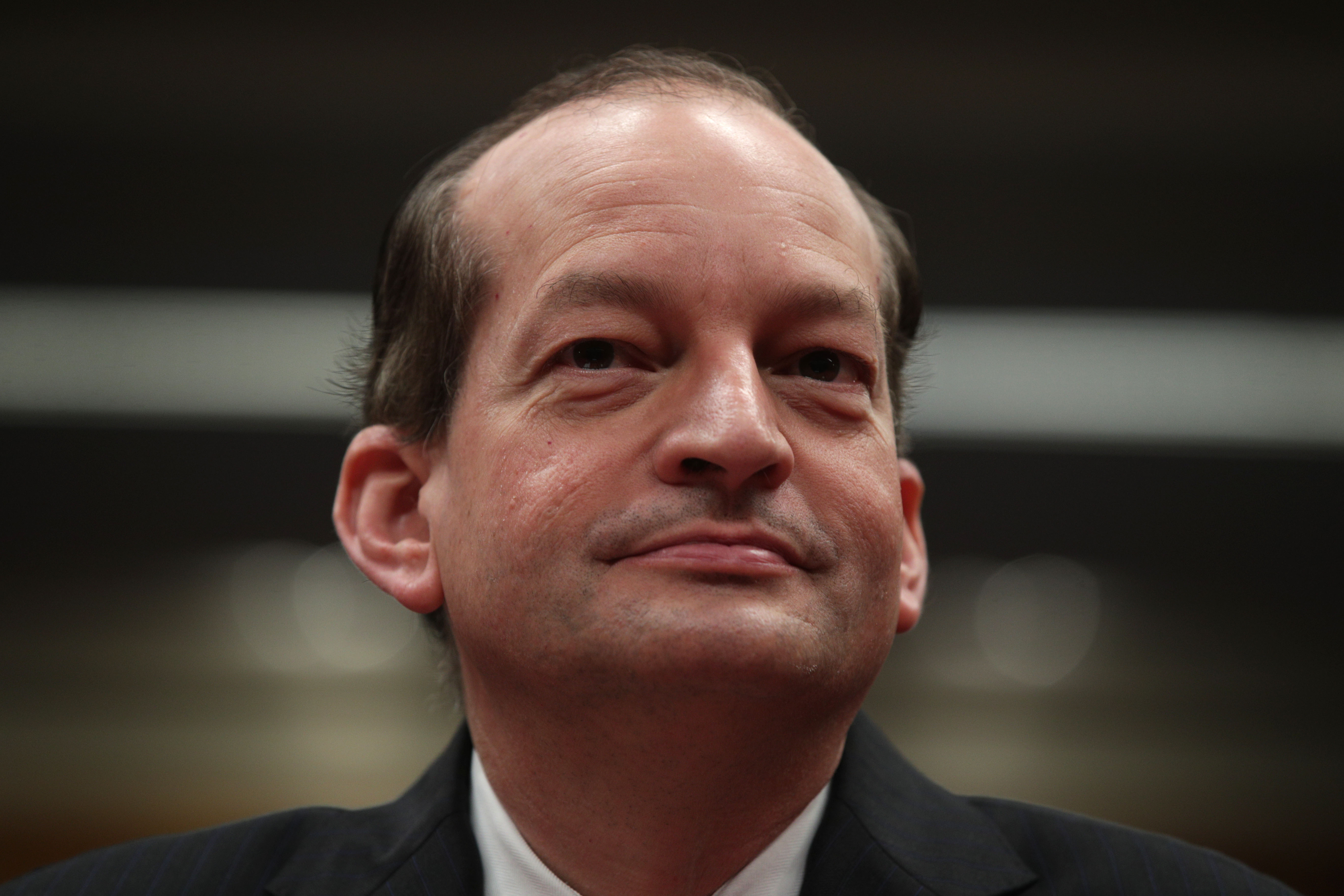 Epstein was charged with recruiting dozens of girls as young as 13 for massages and sex at his Palm Beach, FL mansion. Acosta was an attorney for the Southern District of Florida at the time, and he let Epstein off with a mere 13-month sentence and work release privileges.

Acosta also agreed to keep the plea deal secret from the victims, which later was made a violation of the Crime Victims’ Rights Act in 2017.

The prosecutor had a breakfast meeting Epstein’s lawyer Jay Leftkowitz in which the two struck the deal to conceal the full extent of Epstein’s crimes and the number of people involved. It essentially shut down the ongoing FBI probe into whether there were more victims or other high-powered people involved.

Epstein had been a close friend of both President Donald Trump and President Bill Clinton, according to the Miami Herald.

Many called for Acosta’s resignation, with the hashtag #Acostaresign trending on Twitter Monday. Some even condemned the members of Congress who voted to confirm him.

Here is the list of 52 Republicans and 8 Democrats who voted to confirm Alex Acosta as Labor Secretary despite evasive responses to questions about the Epstein deal during his confirmation hearing. pic.twitter.com/tSeEZnEStt

The FBI doesn’t prosecute cases. The person you’re looking to blame for Epstein’s plea deal would be Alex Acosta, the former U.S. attorney who approved the deal and now serves in Trump’s cabinet https://t.co/QcEod2IZ3s

Alex Acosta is Trump’s Secretary of Labor. He gave a child molester a sweetheart deal—and we’ve known this for a while. Why Democratic leadership hasn’t given Acosta more than a gentle shove is beyond me. They have another chance now with Epstein’s arrest. https://t.co/7DUQIs3r9F

Jeffrey Epstein evaded justice with the help of our current Secretary of Labor Alex Acosta. Perpetrators & their enablers use their power & standing in the community to silence survivors

Too often our society is a more comfortable place for perpetrators than it is for survivors https://t.co/sBcK5SpD8E

Ted Cruz said that he fully agreed with a Jake Tapper tweet calling for “every last one” of those complicit in Epstein’s crimes be taken down “if there is justice in the world.”

“Epstein’s conduct was despicable, and everyone who participated should be vigorously prosecuted,” Cruz tweeted. Twitter was quick to remind Cruz that he voted to confirm Acosta.

Ted Cruz voted to confirm Alex Acosta, who gave Epstein a sweetheart deal and put a pedophile back on the streets. https://t.co/YWPcO19t7O

If Ted Cruz is serious about bringing Epstein and “everyone who participated” to justice, he should call for the immediate resignation of Labor Secretary Alex Acosta who gave a sweetheart deal to a dangerous child predator.