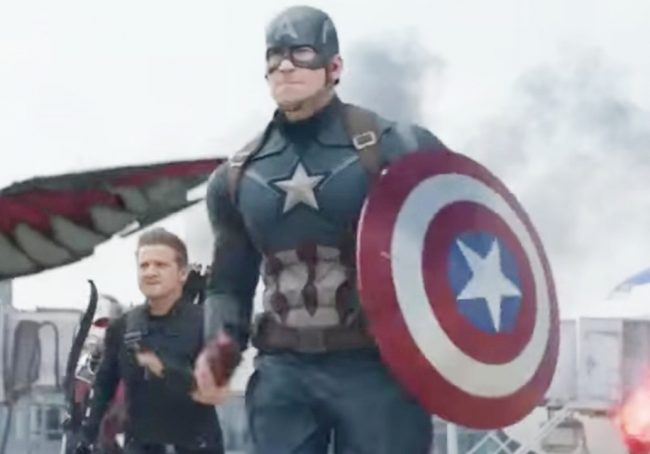 David Duke, known for being a former Imperial Wizard of the KKK who assures people he doesn’t hate all Jews, has been fighting with Captain America actor Chris Evans on Twitter for a few days.

Evans criticized the Senate’s approval of Jeff Sessions as Attorney General in part on the grounds that Duke endorsed him. Duke responded with, “Typical dumb actor – if everything I say is wrong, then when I say I oppose these Zionists wars, you must be for them, Captain America!?”

Evans wrote back with a link to a list of 25 of Duke’s most outrageous talking points, but Duke wasn’t done. Last night, he posted this:

Why does Chris Evans, who plays the Jewish inspired super hero, Captain America, hate the women of his people so much? #WhiteGenocide pic.twitter.com/nGjlf42wkG

That’s just a bunch of photos of Evans with women of color and the otherwise-unremarkable collection of images received no acknowledgement from the actor until a few minutes ago. Here’s his response:

I don’t hate them. That’s YOUR method. I love. Try it. It’s stronger than hate. It unites us. I promise it’s in you under the anger and fear https://t.co/RGnH4rrblq