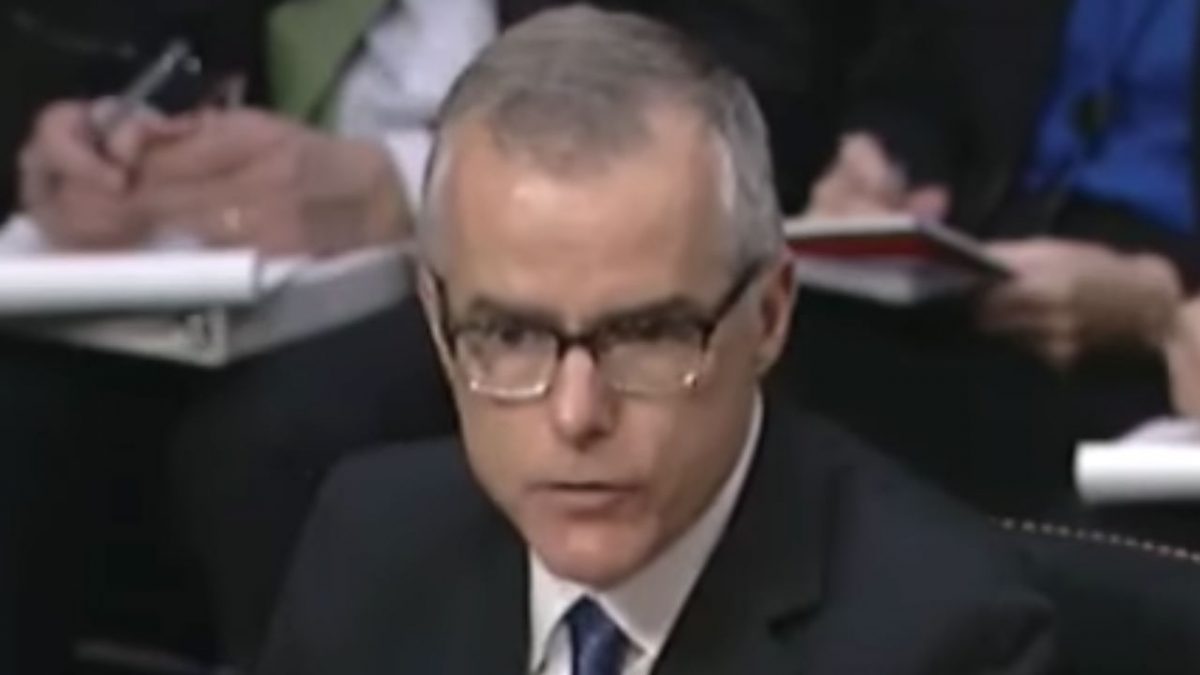 Former FBI Deputy Director Andrew McCabe is set to appear before the Senate Judiciary Committee soon, but he apparently has made a request for immunity in exchange.

According to CNN, McCabe is requesting “the Senate Judiciary Committee provide him with immunity from prosecution” in exchange for testimony on the handling of the Clinton email probe:

“Under the terms of such a grant of use immunity, no testimony or other information provided by Mr. McCabe could be used against him in a criminal case,” wrote Michael Bromwich, a lawyer for McCabe, to Senate Judiciary Chairman Chuck Grassley, who has requested McCabe testify next week.

This comes as a DOJ inspector general report on the FBI and DOJ’s handling of Clinton probe is expected very soon. President Trump tweeted this morning, “What is taking so long with the Inspector General’s Report on Crooked Hillary and Slippery James Comey. Numerous delays. Hope Report is not being changed and made weaker! There are so many horrible things to tell, the public has the right to know. Transparency!”

Bromwich said in the letter to Grassley he’s willing to give the committee emails that “demonstrate that Mr. McCabe advised former Director Comey, in October 2016, that Mr. McCabe was working with FBI colleagues to correct inaccuracies before certain media stories were published.”

Grassley has also, per CNN, invited both James Comey and Loretta Lynch to testify too.