Fire Breaks Out at Chemical Plant in Crosby, TX 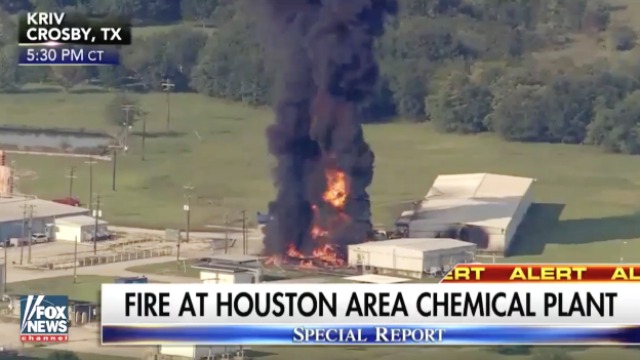 You may remember a few days ago when there were reports about the potential of an explosion or a fire at an Arkema chemical plant in Texas after floodwaters devastated the area. Well, tonight there is smoke and fire raging from the plant.

You can see video and images from the plant below (video via CNN and Fox News):

JUST IN: Smoke and fire raging at the Arkema chemical plant in Crosby, Texas https://t.co/2AQSH2eRoy pic.twitter.com/kIOghc59Sp

JUST IN: Another large explosion and fire at flooded chemical plant in Crosby, Texas. #Harvey pic.twitter.com/Pig3FowSmX

You can watch a live stream below, via KTVU: