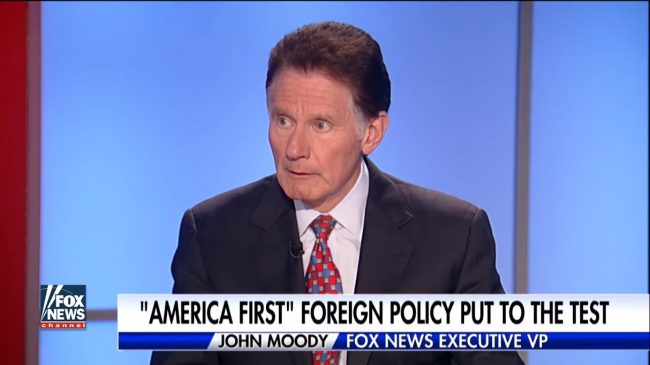 Less than a month after writing a much-derided column that was eventually deleted from FoxNews.com, longtime Fox News executive John Moody is no longer with the network.

As first reported by CNN’s Brian Stelter and Oliver Darcy, the executive vice president and executive editor has retired. A Fox News spokesperson told Mediaite that Moody “has retired from FOX News,” with an additional source telling CNN that Moody had prepared to retire before writing his ill-fated piece.

You may recall that Moody drew intense fire for his op-ed that was extremely critical of the US Olympics Committee highlighting the diversity of its 2018 Winter Olympics squad. In the piece, Moody wrote that the committee would prefer to change its slogan to “Darker, Gayer, Different.”

Following the backlash over the piece, Fox News pulled it from the website, with a Fox News spokesperson stating that the column did not reflect the values of the network. At that time, a network insider told Mediaite that Moody’s position was essentially an emeritus one and he hadn’t formally served in his position for years.