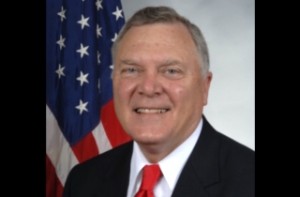 The bill that passed the Senate combined two pieces of legislation, known respectively as the Pastor Protection Act and First Amendment Defense Act of Georgia. Like other similar bills, its proponents claim that it is not about discrimination, but rather provides protections for Christian Georgians from government interference.

According to the Atlanta Journal-Constitution, the companion bill currently working its way through the Georgia House of Representatives “would enable faith-based organizations and individuals to opt out of serving couples — gay or straight — or following anti-discrimination requirements if they cite a sincerely held religious belief or moral conviction regarding marriage.” The rub there, of course, is “faith-based… individuals,” which the bill’s opponents note would allow both private citizens and public servants — who are not employed by a church or other religious institution — to flout anti-discrimination laws, specifically as it pertains to same-sex couples, single parents, and unmarried couples.

According to the Atlanta Journal-Constitution::

Deal declined to talk specifics on the legislation, but made clear the measure is still evolving – and that he and his top aides are working with House Speaker David Ralston and other legislative leaders.

“We’re working with the leadership of the General Assembly now as that bill is continuing to move through the process,” he said. “So we’ll see.”

He added: “I don’t comment until things are finalized, and, by far, it’s not finalized yet.”

A Decatur, GA-based telecom startup, 373k, immediately pulled up stakes for Nevada upon news of the bill’s passage in the Senate. Describing their reasoning for abandoning the Peach State, the company’s co-founder was blunt: “We don’t tolerate that crap,” he said.

Deal’s current predicament is not dissimilar from the about-face Indiana Gov. Mike Pence had to do last year, after his state came under scrutiny — and the threat of organizations pulling business out — for passing its own “religious freedom” law. Pence ended up signing a “clarification bill,” intended to make it explicit that the new law did not give any Hoosier a license to discriminate.

According to the Human Rights Campaign, at least 28 states this year have had religious exemption bills introduced in their legislatures.