If you were watching ABC News during President Trump‘s remarks to pool reporters earlier, you may have seen, um, this: 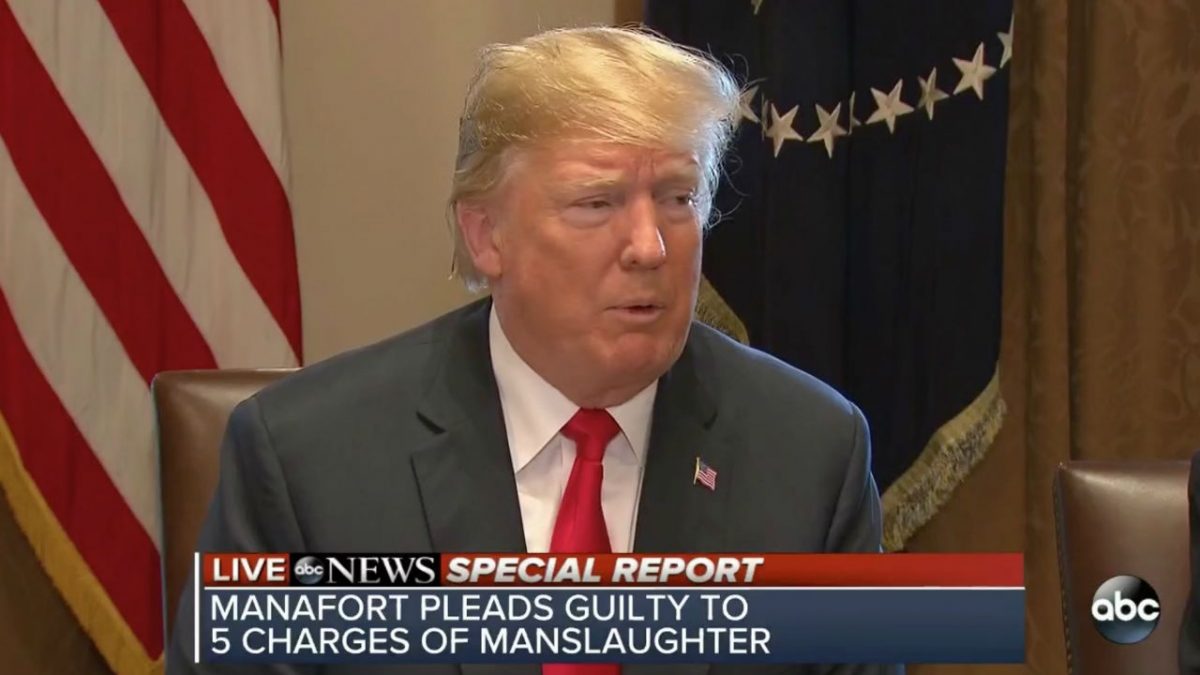 As you probably deduced right away, no, Paul Manafort did not plead guilty to manslaughter.

It’s weird why the chyron error was so specific, but it was up for approximately 7 seconds and ABC News has now apologized:

Statement from @ABC News: We regret and apologize for the false lower third graphic that aired during our special report. We are investigating how incorrect information was in our system and how and why it was allowed to air. (1/2)

(cont.) We apologize to our viewers and to Mr. Manafort. There simply is no excuse for this sort of mistake. (2/2)

You can watch the brief moment above, via ABC News.