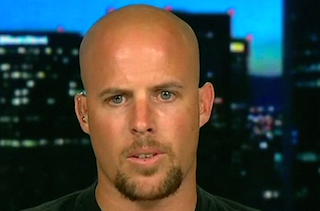 After announcing last week that he was going into “hiding” to protect himself and his family following an anti-Islam rally he organized in Phoenix, Arizona, ex-Marine Jon Ritzheimer tried to launch a crowd-funding campaign that aimed to raise $10 million. But now, it appears that the GoFundMe site he used has removed the page.

Ritzheimer first posted the link to the page Sunday afternoon: 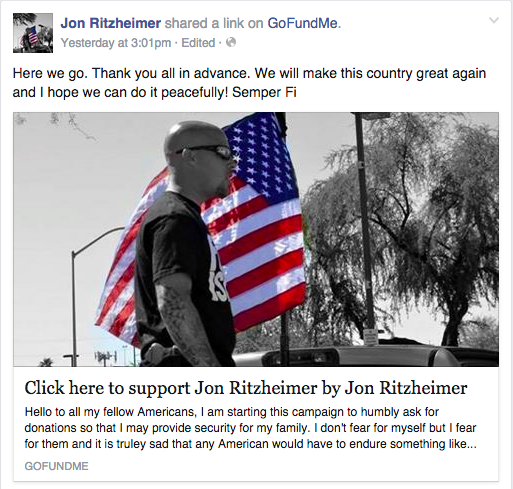 According to KPNX reporter Brahm Resnik, the man said he planned to use the funds to either protect his family or run against Sen. John McCain (R-AZ) in 2016:

And within the first six hours, the campaign had raised just $300.

That’s a far cry from the nearly $850,000 raised on the site by Indiana’s Memories Pizza earlier this year.

But by Monday night, the page looked like this:

Watch video of Ritzheimer’s Friday night remarks below (the audio will sound a little off and you’ll hear commentary from reporters during the clip), via Fox10 Phoenix: