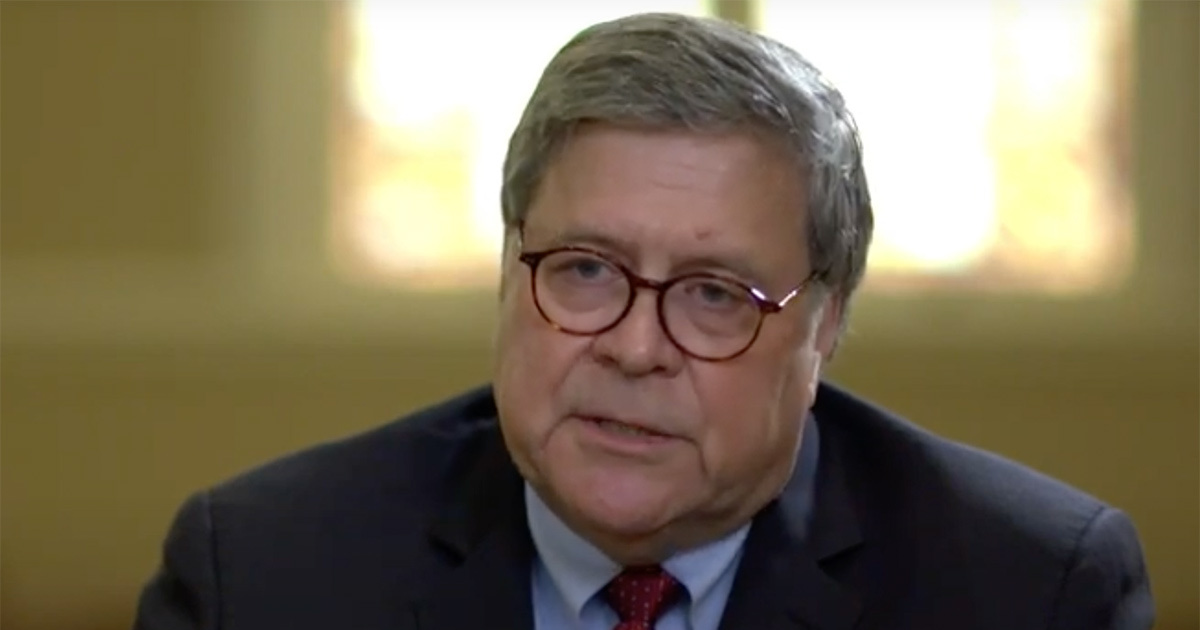 Attorney General Bill Barr spoke at Hillsdale College on Wednesday night and teed off on what he decried as “headhunting” of big targets within the Department of Justice.

He said of the department he runs, per CNN, “Name one successful organization or institution where the lowest level employees’ decisions are deemed sacrosanct, there aren’t. There aren’t any letting the most junior members set the agenda… It might be a good philosophy for a Montessori preschool, but it is no way to run a federal agency.”

And according to the Washington Post, Barr was very critical of people within the DOJ:

Barr said, throughout history, prosecutors have sought to “amass glory” by prosecuting prominent people, and he regularly witnessed that phenomenon during his supervision of the Justice Department.

“I’d like to be able to say that we don’t see head hunting in the Department of Justice,” Barr said. “That would not be truthful. I see it every day.”

Barr also teed off on the “criminalization of politics” where “now you have to call your adversary a criminal, and instead of beating them politically, you try to put them in jail.”

At one point the attorney general dismissed criticism that he has interfered in cases — criticism that’s included DOJ actions in the cases of Michael Flynn and Roger Stone.

Barr said, “What exactly am I interfering with? Under the law, all prosecutorial power is invested in the attorney general.”

The attorney general also took some shots at the media and the Black Lives Matter movement, as well as his thoughts on the coronavirus shutdowns, even saying “other than slavery, which was a different kind of restraint, this is the greatest intrusion on civil liberties in American history”:

In Q&A, Barr is now on coronavirus response. Asked about suicides amid shutdowns, Barr basically makes the case doctors should not be the final word on society's response. A doc, he said, is not the "grand seer."

He insists the question is not one of pure science. He says you have to balance benefit of shutdown "against a lot of other factors." Suicides, overdoses are up, he says.
"All this nonsense about how something is dictated by science is nonsense," he says.

“You know, putting a national lock down, stay at home orders, is like house arrest. Other than slavery, which was a different kind of restraint, this is the greatest intrusion on civil liberties in American history,” Barr said as a round of applause came from the crowd.