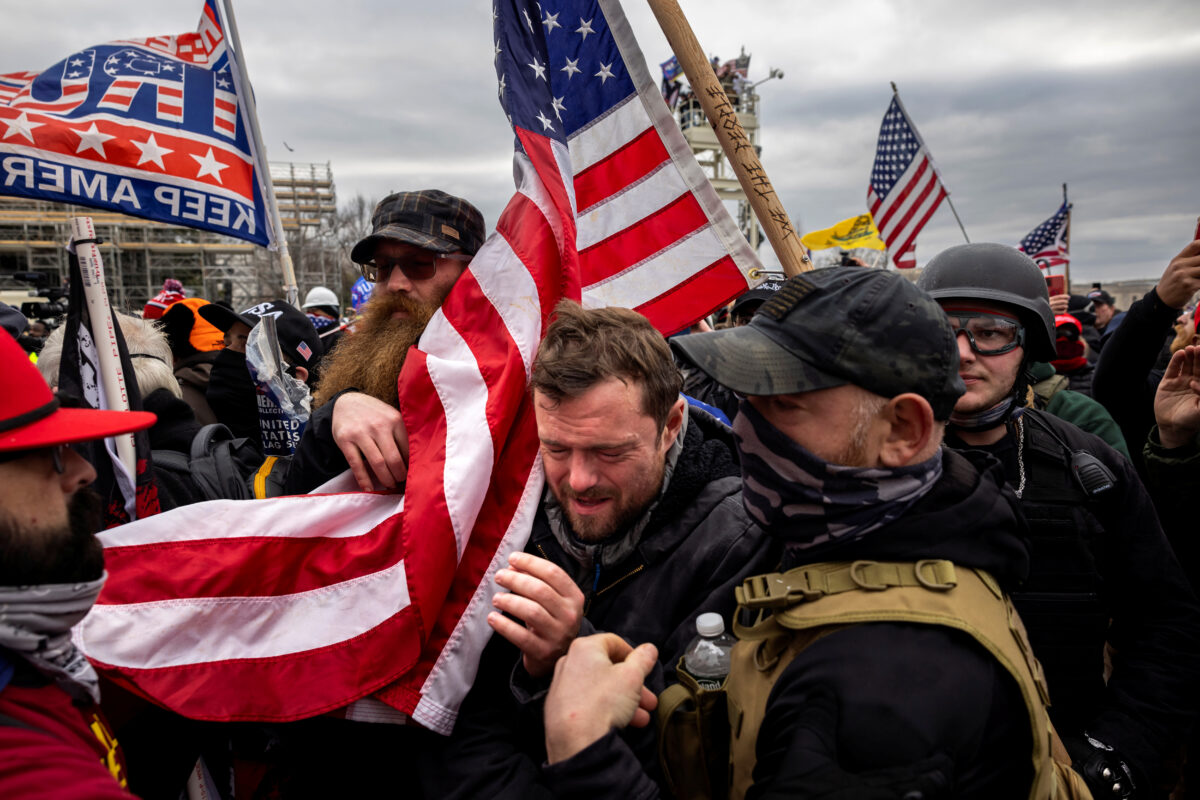 A bombshell report published by Rolling Stone on Sunday said that several of the supporters of former President Donald Trump who helped plan the January rallies in D.C. and across the U.S. have been cooperating with the Jan. 6 House Select Committee, and they are alleging that not only did they participate in multiple planning sessions with senior White House staffers and Republican members of Congress, but that they were promised pardons by Rep. Paul Gosar (R-AZ).

According to Rolling Stone’s Hunter Walker, two of these people spoke to him about these conversations, and the magazine had separately confirmed a third person who helped plan the rallies who was cooperating with the House Select Committee’s investigation.

In the article, Walker refers to his two sources as a rally “organizer” and a “planner” to keep clear the comments from separate people. Both of them were involved in helping plan and coordinate the “Stop the Steal” protests around the country in the aftermath of the 2020 election, which Trump baselessly claimed was stolen from him by election fraud, and the “Stop the Steal” and “March for Trump” rallies in Washington, D.C. on Jan. 5 and, most notably, Jan. 6, which immediately preceded the violent breaching of the Capitol as Vice President Mike Pence and Congress were meeting in a joint session to certify the electoral college votes from the states.

“I remember Marjorie Taylor Greene specifically,” the organizer said. “I remember talking to probably close to a dozen other members at one point or another or their staffs.”

Gosar even went so far as to offer the possibility of a “blanket pardon” to both sources to show “how much we appreciate all the hard work you’ve been doing,” they said, telling them he had spoken to Trump about it and encouraging them to continuing planning the protest events:

“Our impression was that it was a done deal,” the organizer says, “that he’d spoken to the president about it in the Oval … in a meeting about pardons and that our names came up. They were working on submitting the paperwork and getting members of the House Freedom Caucus to sign on as a show of support.”

The organizer claims the pair received “several assurances” about the “blanket pardon” from Gosar.

Gosar’s chief of staff, Thomas van Flein, is among the people named in the House Select Committee’s requests for documents, and both sources identified him as participating in multiple conversations about the potential pardons and other issues related to planning the protests.

Trump, of course, did not give pardons to any of those charged in the Jan. 6 riot, or to any of the alleged organizers. Walker described his sources as “upset” that the promised pardons did not materialize, although that was not the sole reason they had gotten involved.

Gosar’s office did not respond to Rolling Stone’s request for comment. Walker wrote that both sources provided additional documentary proof that they had communicated directly with Gosar and Boebert on Jan. 6.

As Walker noted, “Stop the Steal” organizer Ali Alexander, also known as Ali Akbar, had claimed in a now-deleted video that he had met with Gosar, Brooks, and Biggs, and that together they “came up with the Jan. 6 idea.” His sources confirmed that Alexander had met with those members of Congress, and that they had concerns about his involvement increasing the potential for violence.

The two sources both identified Katrina Pierson, an adviser on both of Trump’s presidential campaigns, as a direct liaison between them and the White House, describing her as “our go-to girl” and “our primary advocate.” Pierson was one of the speakers at the rally held at the Ellipse on Jan. 6.

Among those White House connections facilitated by Pierson was Mark Meadows, Trump’s chief of staff — and furthermore, both sources said “concerns were raised to Meadows about Alexander’s protest at the Capitol and the potential that it could spark violence.”

At one point a deal was reportedly struck for Alexander to not hold his “Wild Protest” at the Capitol on Jan. 6, but Alexander backed out. Further alarms were raised about Alexander’s ties to paramilitary groups like the Oath Keepers and his messages encouraging agitated Trump supporters to travel to D.C. “We ended up escalating that to everybody we could, including Meadows,” said the organizer, but their worries fell on deaf ears.

Both Walker’s sources remain anonymous for now, but do expect to eventually come forward and testify publicly.