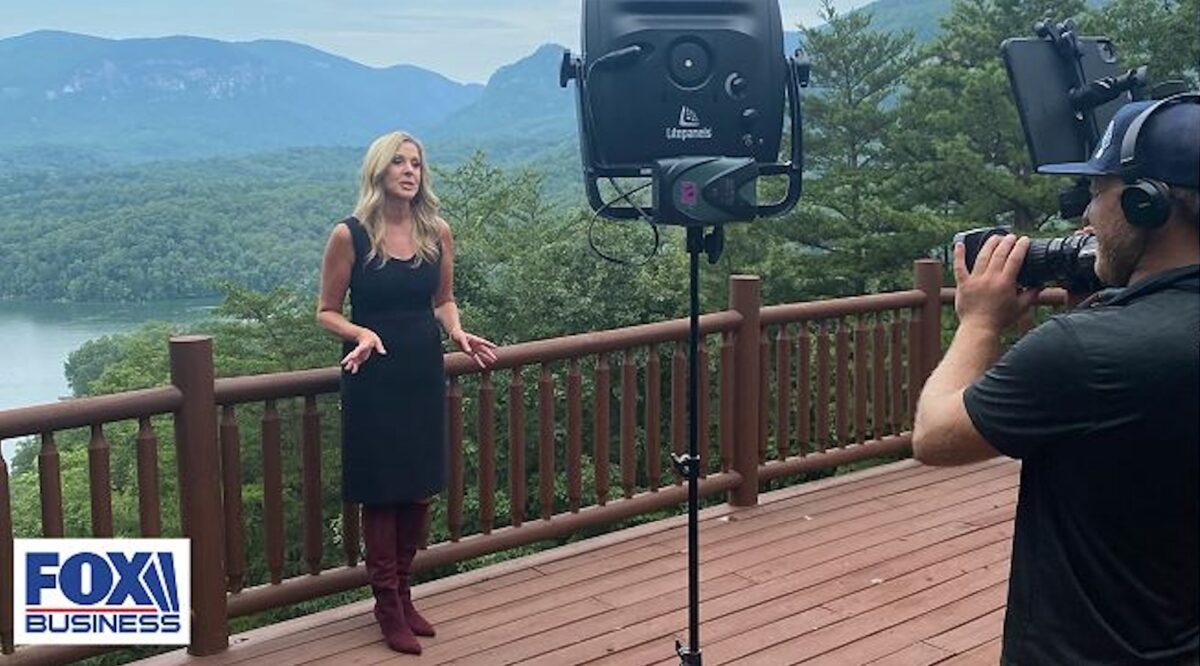 Property markets have been in the throes of historic tumult as governments promote aggressive monetary easing policies, and as some buyers reassess their priorities coming out of the Covid-19 pandemic. Those factors have caused home and rental prices to soar in many regions, fueling the challenge that many Americans face in seeking to move.

No dynamic could be more timely for the launch of Cheryl Casone’s new Fox Business Network program, American Dream Home. The Fox-styled home program — which is set to debut on Sept. 21 at 8 p.m. EST — will put a new rendering on the lives of average Americans seeking to purchase new homes, Casone said in an exclusive interview with Mediaite. She emphasized that the program wouldn’t be the typical “tear-down-your-home show,” but would instead focus on the “aspirational dreams” of buyers who had toiled, saved, and faced down challenges on the way to purchasing their dream homes.

Casone’s career in the media was more circuitous than her approach to real estate. She worked as a flight attendant for five years before becoming a reporter, and joined Fox News in 2006 — a little less than a year before FBN’s launch. That came after stints at MSNBC, CNN, and CBS News.

Nonetheless, Casone noted the new program represents the biggest opportunity she has had to date to bring her interest in real estate to the forefront of her work in media. “This is the first time that I was able to really dig into people’s stories versus showing you, ‘Here’s a house, it’s 4 bedrooms, 2.5 bathrooms,'” Casone said. “I actually get to know and share these people and how they got there. … I really identify with the people on the show.”

It comes as part of a larger foray by FBN’s into prime time programming that puts a spotlight on the lives of average Americans. Programs on the roster will debut throughout the week, including Mike Rowe’s How America Works, which will debut on Monday at 8 p.m Eastern; Stuart Varney’s American Built, which will kick off an hour after Rowe’s program; Kacie McDonnell’s Mansion Global, which is set for Tuesday at 9 p.m.; and country music star John Rich’s The Pursuit!, which is set for 9 p.m. Wednesday.

Mediaite: Congratulations on the new program! Tell us a bit about what it’s about and how it will fit in Fox Business Network’s programming.

Casone: It’s something new for Fox Business. It’s a departure for us in that we wanted to look at the aspirational dreams of our viewers. They’re regular people. How are they finding themselves, how do they navigate finding a home? It’s idyllic locations — beaches, mountains.

The people we’re featuring are not wealthy. It’s not the rich and famous. It’s average folks like, how did they build their savings, how did they get to a place where they could buy their dream home? They worked hard. They had to sacrifice, plan, save. Some of them have had to overcome really difficult obstacles to get there. It’s about the stories of these couples, these families. That’s kind of the idea behind American Dream Home. We want real people.

The argument over the bedrooms, the bathrooms — we’re not really doing that. It’s the ‘How’ and also the story. All the options that each couple looks at or goes through are great, beautiful options. We wanted something that was really uplifting. It celebrates the real people who make up our country. There are plenty of tear-down-your-home shows. This isn’t one.

Fixed mortgage rates hit their lowest level this year since Freddie Mac began tracking in 1971. How do you see rates evolving over the next year?

Mortgage rates are going to go up fractionally. But I think you will see interest rates really begin to tick higher, 3.2, 3.5 percent, probably around October-November. I think the days of the 2.75 percent interest rate are behind us, because the Fed’s going to have to start tightening monetary policy.

The Wall Street Journal called attention in April to the fact that funds like BlackRock have been buying homes off the market en masse to rent or resell. We saw some outrage over that this year, but others, like The Atlantic’s Derek Thompson, have argued the real issue is regulation preventing the construction of new homes. What’s your assessment?

I think BlackRock saw an opportunity. I’m a capitalist, I can’t knock them for seeing an opportunity in the market. It reminds me of the 2008 financial crisis, where many investors – large and small — bought homes in foreclosure and swept them up. They held them for a year, maybe two or five years, fixed them up and flipped them. That’s BlackRock, but it also happens with a lot of smaller investors. The market’s going to be hot and cold, that’s the way real estate works.

With new building, I don’t think the construction industry is being hurt by regulation. It’s being hurt by a labor shortage, and it’s a skilled labor shortage. New home builders like [Bill] Pulte, for example, been having trouble getting people to come build a home. They’re also having trouble getting materials like lumber. There is a bottleneck, still, because of Covid-19, so I think those issues are more prominent than regulation.

With prices rising, do you think it’s a good time for new home buyers to keep buying? Or are some people — such as millennials — going to get hit by economy realities down the line?

Real estate is local. It always depends on where you’re talking about. That’s why — on our show — we’re in multiple cities, and prices range are all over the map. What you can afford in South Lake Tahoe is going to be different from what you can afford in Topsail Beach, North Carolina.

With prices, what we’ve seen has been because of Covid-19 and this big flight from urban centers. Those two things have driven prices up in the suburbs, in particular, where we have bidding wars. Millennials, I think, have an interesting opportunity here, even though they maybe don’t have as much money saved. It’s in these urban centers where not as many people live that we’re seeing a younger generation of buyers and renters coming in.

Here in New York City, we saw families flee. They fled to New Jersey, Connecticut. That was in 2020. In 2021, what we’re seeing is we’re back to a stable market, and it’s a younger buyer, because they’re the ones willing to move into an urban center. They don’t have kids and they’re not married, or they just got married.

What are the top obstacles to buying new homes that you saw with the families you chronicled?

All the families knew where they wanted to be, but some of the stories are pretty wild. One young couple was living in Newport Beach, Southern California. One of their best friends, who was a firefighter, died of Covid-19 — they went to Montana. It made them realize life was short, and if you want to live your life, there’s no better time than the present. So they ended up buying in the mountains.

Another guy lost 80 percent of his portfolio due to Covid-19 — that was pretty wild. One woman was an emergency room nurse who treated Covid-19 patients in 2020, and she said, “This is it. I need a life change.” She bought a house in Hawaii. One couple was in Florida, and they had a beach home, but it was destroyed by a hurricane. Another couple already had their dream log cabin in Colorado, and it burned down in October 2020.

I want to say: Hats off to these people for opening up their lives. They’ve had some hard times. One man said he was a very, very poor kid, and when he was a little boy, all he wanted was to own a home. It’s very brave, I think, for regular people to go on and talk about, sometimes, very personal stories.