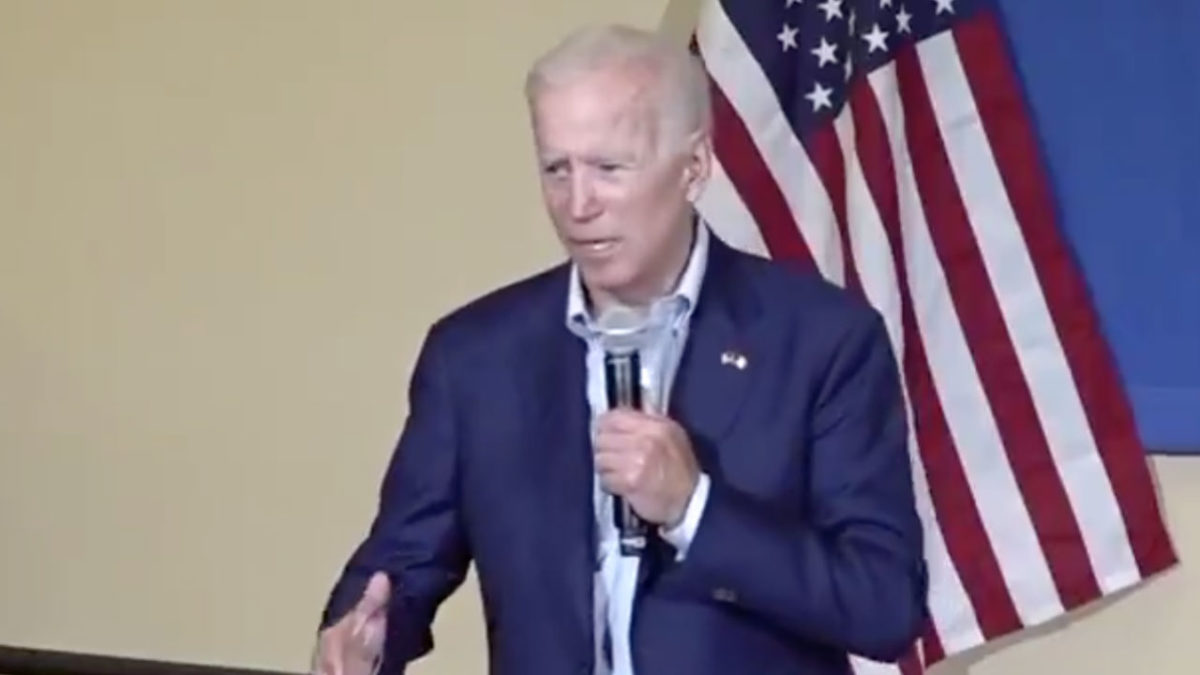 During a Sunday night fundraiser on a weekend that saw two mass shootings that took the lives of 29 innocent Americans in El Paso, Texas and Dayton Ohio.

In a tweet sent by Washington Post reporter Matt Visser, that cites reporting on Biden pooler Lyndsay Winkley, Biden addressed the tragic events but got the locations wrong. Visser tweeted:

Biden at a fundraiser tonight almost immediately spoke of the two recent mass shootings in El Paso and Dayton, Ohio, at first referring to them as “the tragic events in Houston today and also in Michigan the day before” but later correcting himself, according to pooler @LAWinkley

While the sentiment expressed is heartfelt, Biden has a reasonably well-earned reputation for misspeaking, and this example will do nothing to refute that notion.

Lest any Biden detractors on the right get all schadenfreudey about this gaffe, know that President Donald Trump himself misidentified the location of the Dayton shooting as Toledo, Ohio in prepared remarks.

To err is human, to forgive divine.  Or, pobody’s nerfect!