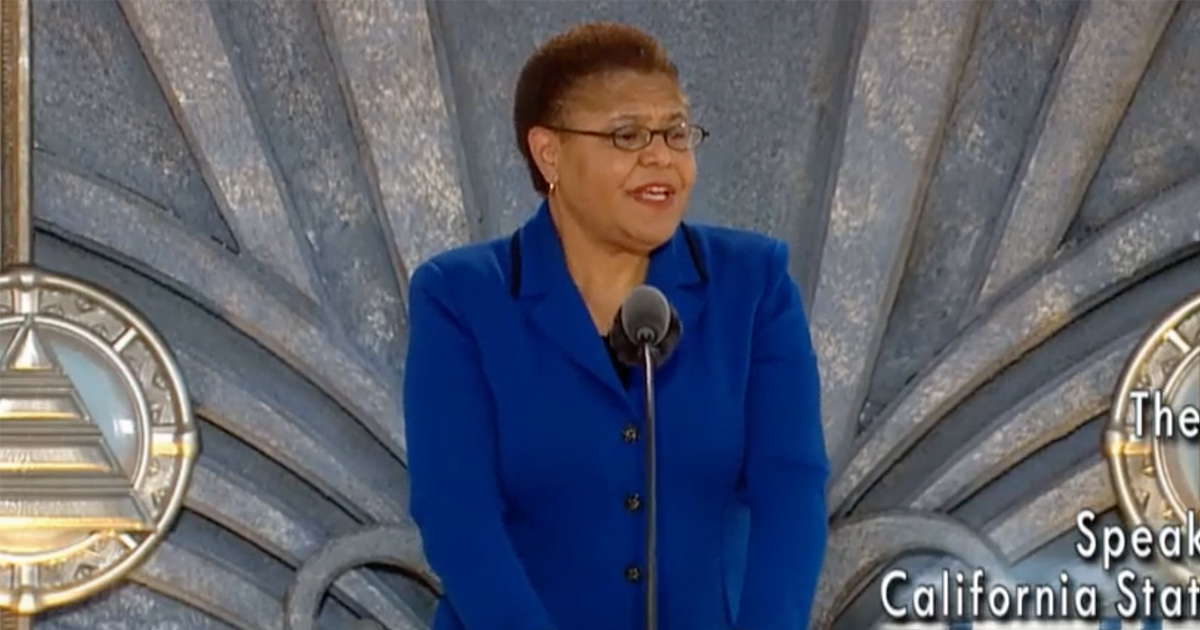 As the Joe Biden VP vetting process continues, some unexpected news emerged about one of the top contenders.

Congresswoman Karen Bass (D- CA), the chair of the Congressional Black Caucus, has been talked about as a potential pick for Joe Biden — who’s reportedly going to announce his decision the week prior to the convention.

The Daily Caller obtained video of Bass speaking at a ribbon-cutting ceremony for the opening of a new Scientology church in Los Angeles back in 2010.

The event featured a number of local officials, including Bass, who was at the time serving in the California State Assembly, where she was Speaker for two years. She said at the event, “The Church of Scientology I know has made a difference, because your creed is a universal creed and one that speaks to all people everywhere… The words are exciting of your founder, L. Ron Hubbard, in The Creed of the Church of Scientology: that all people of whatever race, color or creed, are created with equal rights.”

Per the Daily Caller:

While scrutiny of Scientology has increased in recent years, it was under consistent criticism at the time Bass praised the organization. Former Scientologists have said that church operates as a cult, and that members face pressure to disassociate themselves from non-Scientologists.

Karen Bass in 2010 at a ribbon-cutting for a Scientology church:
"That is why the words are exciting of your Founder L. Rob Hubbard…The Church of Scientology I know has made a difference, because your creed is a universal creed and one that speaks to all people everywhere" pic.twitter.com/EghkCwqHi6

This is partly an LA/CA politics thing.
The Church has a lot of powerful/rich ppl in it in the area she represents (or at least near it).

There are political risks of picking a VP who hasn't undergone the vetting of a national campaign before like Kamala/Warren. There could be weeks of little, distracting stories like this under the national glare.
If he thinks she's the right person for the job it may not matter

Bass is reportedly on Biden’s VP shortlist and was the subject of two new profiles on her activism and political leadership in Los Angeles over the decades.