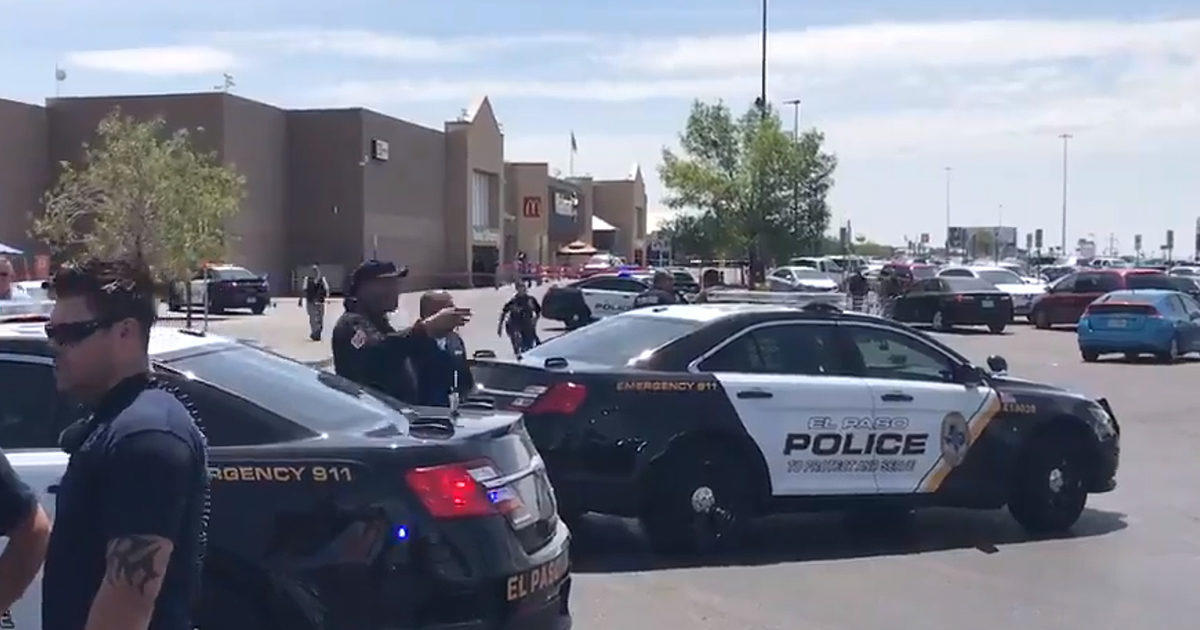 Authorities have identified the alleged gunman who opened fire at an El Paso, Texas mall, leaving more than a dozen people dead. Here’s what we know.

Police sources told multiple outlets that the alleged shooter is Patrick Crusius, a 21-year-old from the Dallas area. He’s believed to be the only suspect in the shooting — and was apparently armed with a rifle.

Local media in the El Paso area confirmed a surveillance photo of the suspect entering the store at the time of the shooting.

Confirmed Photo of the shooter as he entered the Cielo Vista Walmart store. #EPShooting https://t.co/wfXkVy7a3y pic.twitter.com/TWVZwQXIyl

NBC News reported at least 19 people are dead and dozens of others were wounded in the shooting.

NBC News: There are at least 19 people killed and 40 people injured as a result of the shooting at the shopping center in El Paso, TX, according to senior U.S. law enforcement officials briefed on the investigation.

CNN reported that authorities are investigating online writings purported to be written by Crusius that may provide a motive to the shooting. A Facebook and Instagram page under the suspect’s name were taken down Saturday by Facebook.

CNN: The suspect in the deadly shootings at an El Paso shopping center is Patrick Crusius, 21, of Allen, Texas, three sources tell CNN. investigators are reviewing an online writing posted days before the shootings that may speak to a motive.

Facebook is working with law enforcement following today’s shooting in El Paso, Texas, a spokesperson for the company said.

Mediaite also found a Twitter account under that name, which has not tweeted since 2017. The account follows a small number of accounts, including multiple Dallas sports teams and news outlets. The account displays a number of posts praising President Donald Trump and indicating approval of pro-Trump media figures like Charlie Kirk and Bill O’Reilly.

“#BuildTheWall is the best way that @POTUS has worked to secure our country so far!” the account wrote in January 2017.

Crusius was taken into custody Saturday.