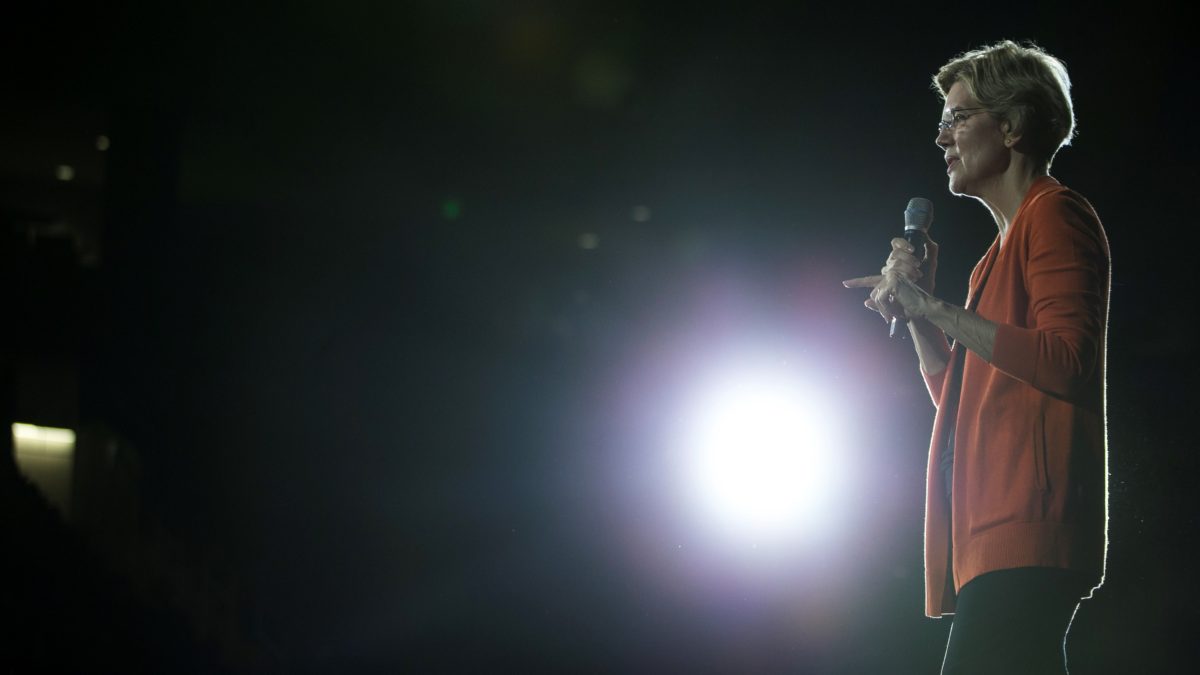 Massachusetts Senator and Democratic presidential candidate Elizabeth Warren is getting a kitchen sink’s worth of suggestions from outside adviser on how to pay for her “Medicare for All” plan, including things like a sales tax and diverting funds from the VA.

Senator Warren is under increasing pressure to explain how she will pay for her plan without raising taxes on the middle class, as rival Democrats attacked her on the issue during the last debate, and reporters have turned up the heat on the campaign trail.

Warren says she has been working on the plan for “months and months,” and has promised to release it within “a few weeks,” but a new report from The Washington Post’s Jeff Stein indicates that there’s still an awful  lot on the table.

As one of them put it, Warren’s campaign is trying to “figure out — with one go — how to stop the ‘How are you going to pay for it?’ question.”

None of the advisers quoted in the story would confirm what, exactly, they have told the Warren campaign, but offered their own suggestions, such as a sales tax and a diversion of funds from Medicare, Medicaid, and the VA:

Robert Pollin, a left-leaning economist at the University of Massachusetts at Amherst who has worked with the Warren and Sen. Bernie Sanders (I-Vt.) teams, said he believes two-thirds of the single-payer fund can be raised by redirecting existing public health-care spending from Medicare, Medicaid and the Department of Veterans Affairs. Pollin refused to discuss any details related to his conversations with Warren’s campaign.

Pollin suggests that the remaining third be raised by a $600 billion annual “gross receipts” tax on businesses, which he says would be less than the $650 billion firms currently spend on health care; a 3.75 percent sales tax on “nonnecessities” that exempts low-income households, to raise an additional $200 billion; and a 0.38 percent tax on wealth above $1 million, which he says would raise the remaining $200 billion.

Another outside adviser suggested charging something like a tax, but calling it a “premium”:

Robert C. Hockett, a Cornell University professor who has also advised Warren and Sanders, said he has urged Warren’s team to propose financing Medicare-for-all in part with a “public premium” that would function similarly to a tax. Under this idea, Warren would propose raising revenue for a Medicare-for-all fund from a premium charge that would go to the government rather than a private insurance company.

Other suggestions have included a consumption tax, another wealth tax (of .38 percent on wealth over $1 million), and just calling it a tax cut “by comparing how much families save by having their health-care costs lowered,” which is essentially what Bernie Sanders has been doing for months.