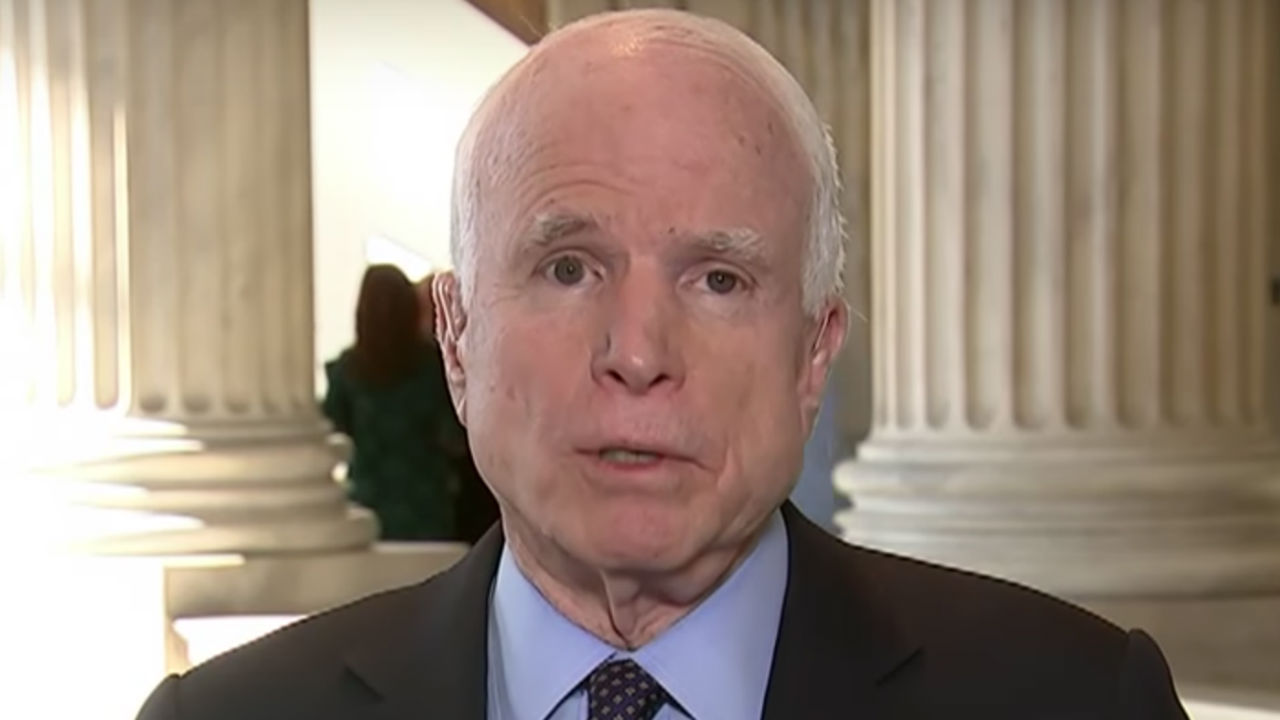 The American Legion released a statement on Monday demanding that President Donald Trump issue a presidential proclamation to recognize John McCain‘s life in light of the senator’s passing.

There was significant outrage today when the White House raised their flag to full staff today — even though most flagpoles around Washington D.C. are still at half staff out of respect for McCain. American Legion National Commander Denise Rohan is calling on the president to acknowledge the legacy McCain is leaving behind.

The American Legion releases a statement urging Trump to lower flags back to half staff and issue a presidential proclamation for John McCain after news that WH flags were back at full staff today. pic.twitter.com/yJCZAWmkli

McCain’s death and events of the last two days have caused a resurgence in conversation about the animosity that flared between the late senator and the president. Trump reportedly prevented his administration from releasing an honorary statement about McCain, and he refused to take questions from reporters when asked about the death of his recurring political opponent.