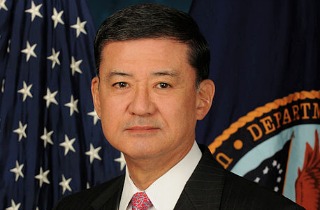 The largest veterans service group in the United States, the American Legion, is calling for the resignation of Veterans Affairs Secretary Eric Shinseki over a “pattern of bureaucratic incompetence” following the recent revelations of dozens of veterans dying after being placed on a secret waiting list in an Arizona VA facility. American Legion National Commander Daniel Dellinger pointed to a number of scandals that have “infected the entire system,” and called for new leadership at the VA after its current leaders oversaw the “preventable deaths of veterans, long wait times for medical care, a benefits claims backlog numbering in excess of 596,000, and the awarding of bonuses to senior executives who have overseen such operations.

The American Legion wants not just Shinseki, but two VA undersecretaries to resign as well, and they are sending their concerns directly to the White House.

The CEO of Concerned Veterans for America released a statement giving full support to the American Legion’s call for Shinseki’s resignation, while emphasizing the need for more “oversight and accountability” at the VA as a paramount concern.

Paul Reickhoff, the founder and CEO of Iraq and Afghanistan Veterans of America, did not go that far to voice full agreement with the American Legion to resign, saying that they are currently “asking our diverse, national membership whether they have confidence in Secretary Shinseki to continue to lead the department.”

You can watch the American Legion announcement below:

[image via Department of Veterans Affairs]