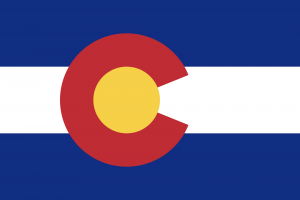 An discontented Coloradan — using the user name “The City of Denver” — has launched a Change.org petition to keep “inconsiderate transplants” out of his home state.

The petition reads in full:

We are sick and tired of everyone flooding into our beautiful state and destroying it. I’m a 4th generation native and it has never been this bad in Colorado. The traffic is becoming unbearable my normal 20 minute drive to work now takes me almost 2 hours every morning. This is out of control and we must do something about it. Our beautiful state is being destroyed by these inconsiderate transplants. Several of our most beautiful destinations have been ruined. For instance Hanging Lake recently had to close down due to so much garbage on the trail. This is where we draw the line! Gov. John Hickenlooper it is time for you to show us that you really care about Colorado and stop all of these transplants from invading our state.

The petition has collected just under 1,000 signatures, as of this writing.

In United Van Lines’ two most recent studies of U.S. state-to-state migration patterns, Colorado did not crack the top 10 of most popular states to which people were moving, although the Western U.S. in general does account for the most inbound relocations.

The Change.org petition focuses on overcrowding, but it echoes a recent rant that appeared on Craigslist from an anonymous user who lamented specifically the skyrocketing costs of living. That writer suggested that the state’s legalization of recreational marijuana was to blame and that the solution was to “make weed legal medically if not medically AND recreationally EVERYWHERE in the US so those of us in the legal states have places to live.”