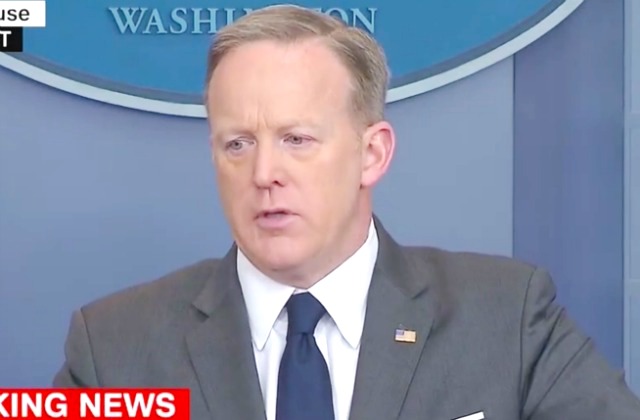 The Anne Frank Center for Mutual Respect held nothing back today as they ripped into Press Secretary Sean Spicer‘s comments invoking the Holocaust during today’s briefing with the media.

“Spicer’s statement is the most evil slur upon a group we have ever heard from a White House Press Secretary,” the statement reads. “Sean Spicer now lacks the integrity to serve as White House press secretary, and President Trump must fire him at once.”

Spicer set off an instant firestorm of controversy on Tuesday when he contrasted Assad and Hitler by saying that the latter “didn’t even sink to using chemical weapons.”

After the briefing concluded, Spicer released a statement where he insisted he was not trying to minimize the atrocities of the Holocaust.