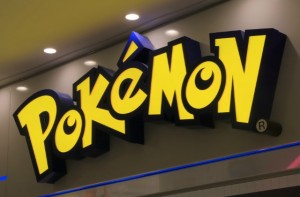 If it wasn’t bad enough that people were playing Pokemon Go at Holocaust museums, the gaming craze has now required a prohibition by the most infamous death camp of Nazi Germany.

Officials at the Auschwitz Memorial in Poland are joining the calls saying that it is “absolutely inappropriate” for visitors to look for digital creatures at solemn landmarks like the former concentration camp. Memorial spokesman Pawel Sawicki told the New York Times that the museum has contacted gaming developer Niantic Inc. with a request to remove them and other sensitive memorial sites as landmarks within the game’s digitized map:

“Allowing such games to be active on the site of Auschwitz Memorial is disrespectful to the memory of the victims of the German Nazi concentration and extermination camp on many levels,” Pawel Sawicki said in an email.

He added that the makers of the game had already been contacted, and asked “not to allow the site of Auschwitz Memorial and other similar sites to be included in the game.”

Niantic has run into trouble with Holocaust memorial sites before. USA Today notes that a previous game from the company, Ingress, pitted players against each other in a battle for control over real-life locations, and Auschwitz, Dachau and Sachsenhausen were among the landmarks up for grabs.

Auschwitz’s request comes after Washington D.C.’s Holocaust Museum put out a public statement asking visitors to pay respect to victims of Nazism and not play the game around their building. This request was soon followed up with similar messages from sensitive areas like Arlington National Cemetery and the Joint Base Lewis-McChord military facility in Washington.

In the immortal words of Professor Oak: ‘there’s a time and place for everything, but not now.”