Axios CEO Jim VandeHei Calls Writer’s Cell to Complain About Article: ‘I’m Curious Who Are You?’ 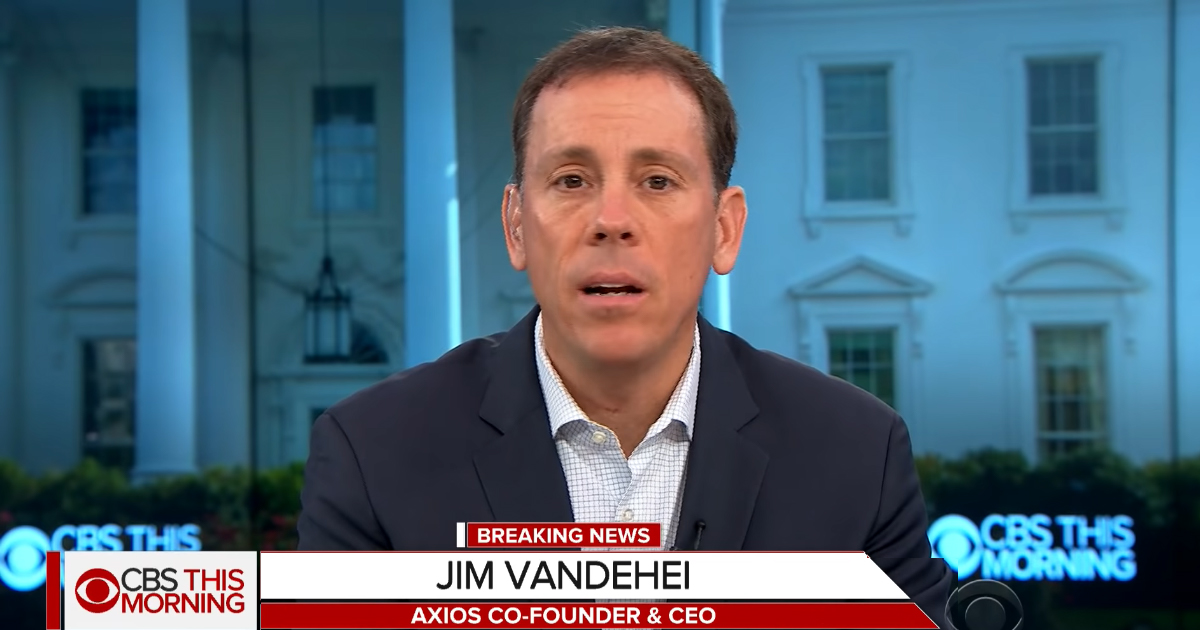 Axios co-founder and CEO Jim VandeHei called Columbia Journalism Review’s Lyz Lenz on her cell phone on Friday to complain about an article, she said on Twitter. It did not go well.

Lenz described the call with a “rough transcript” in a series of tweets, to which so far VandeHei has not replied. She introduced the thread by describing the setting and circumstance before a few tweets relaying the brief call. After she did so, the rest of Twitter chimed in, and still are on Monday morning.

got a call on my cell from @JimVandeHei while I was cooking dinner, what follows is a rough transcript, pls enjoy

Me: Hi this is Lyz
JV: Hi Jim Vandehei do you have a minute?
Me: Yeah, like five, I’m getting dinner ready how can I help you?
JV: Did you actually read all the deep dives that you wrote about in
that dopey piece?

Me: Every single one, some of them twice
JV: And that’s the conclusion you came to?
Me: Yep.
JV: I’m curious who are you?

Me: What’s this about? Because if you are just calling to yell at me,
this conversation is over.
JV: I am asking a simple question, who are you to write this, because
you are insulting some of the best journalists in the business

Me: Okay, well if you are just going to insult me, this conversation
is over, have a good night

PS he was mad about this https://t.co/FItDVbVnw6

Among the many responses to the thread, that of HuffPost’s Ashley Feinberg (who was quoted both traditionally and by tweet embed in the article that started the exchange) stood out.

it is BREATHTAKING how thin-skinned these people are https://t.co/ENj1Rnzy4n

Like, I’ve been in this industry for a significantly shorter amount of time and I can’t even begin to fathom giving this much of a shit about a post that was hardly even that mean!

In the article in question, Lenz described the Axios style as “a Wikipedia article in newsletter form for the ruling class,” the effect of which is “steamrolling of nuance in favor of sounding smart at a cocktail party.”

In October, Axios announced the launch of Axios on HBO, a “limited documentary series” airing on the cable network currently. VandeHei said the series that “the world needs new, smarter ways to better understand the dominant personalities and definitive trends changing politics, business, technology and our lives. (You can “go deeper” here.)

It is that new, smarter way that Feinberg and Lenz are criticizing, and which VandeHei was apparently attempting to defend. But as a defense of concept, an angry “do you know who I am” Friday night phone rant doesn’t really seem that “new.” Or “smarter”.