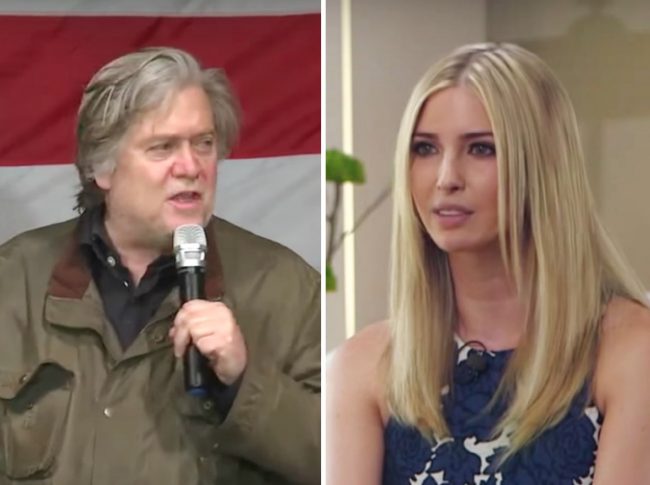 According to the Wall Street Journal, Bannon made a scathing comment about Ivanka Trump‘s intellect. The comment, like all the others which have been the talk of Washington on Wednesday, is part of Michael Wolff‘s explosive, yet-to-be-published tome on the Trump White House:

From the Journal’s report (which is located at this link, but mostly hidden behind a paywall):

In the book, Mr. Bannon is quoted as describing Ivanka Trump, the president’s daughter and a White House adviser, as “dumb as a brick.” A spokeswoman for Ms. Trump didn’t immediately respond to a request for comment.

Mr. Bannon declined to comment. A person close to him said Mr. Bannon didn’t deny his quotes in the book.

Trump, of course, released a sharply worded statement of his own after some of Bannon’s comments came to light.

“When he was fired, he not only lost his job, he lost his mind,” the president said in his statement.