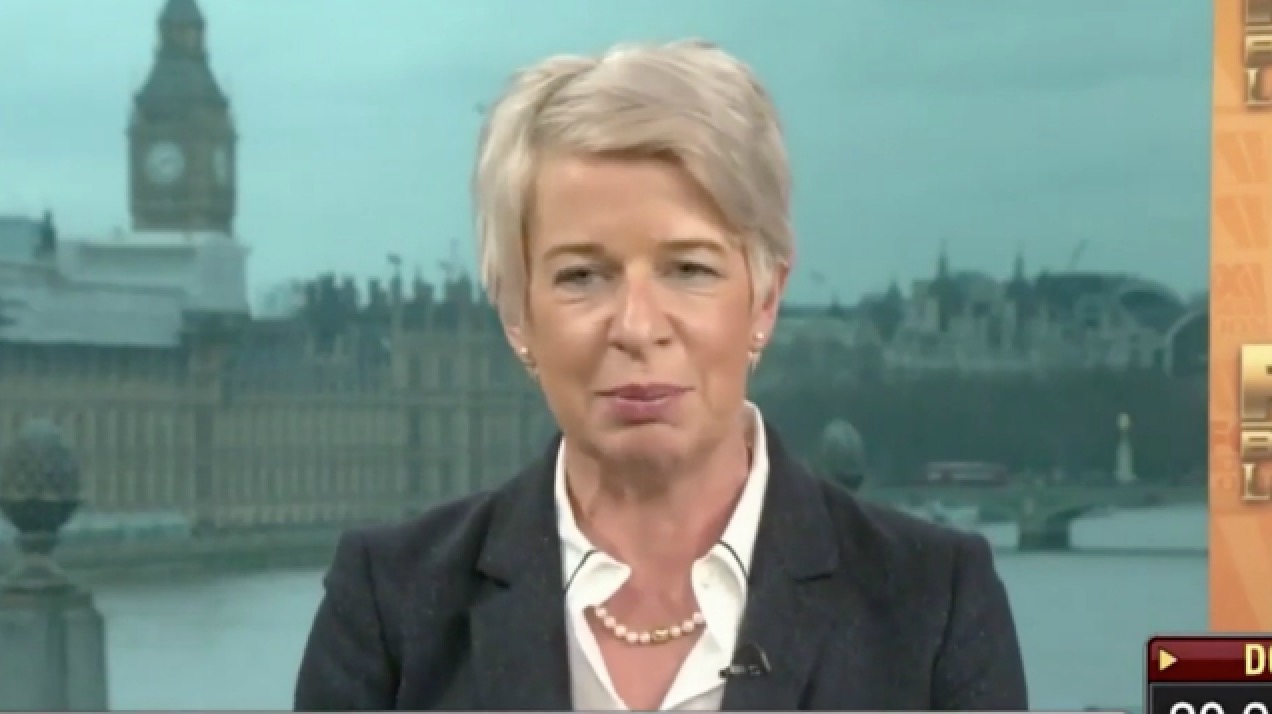 A British broadcaster and tabloid columnist has been sacked from her radio job after saying on Twitter that a “final solution” was necessary after the bombing in Manchester this week. 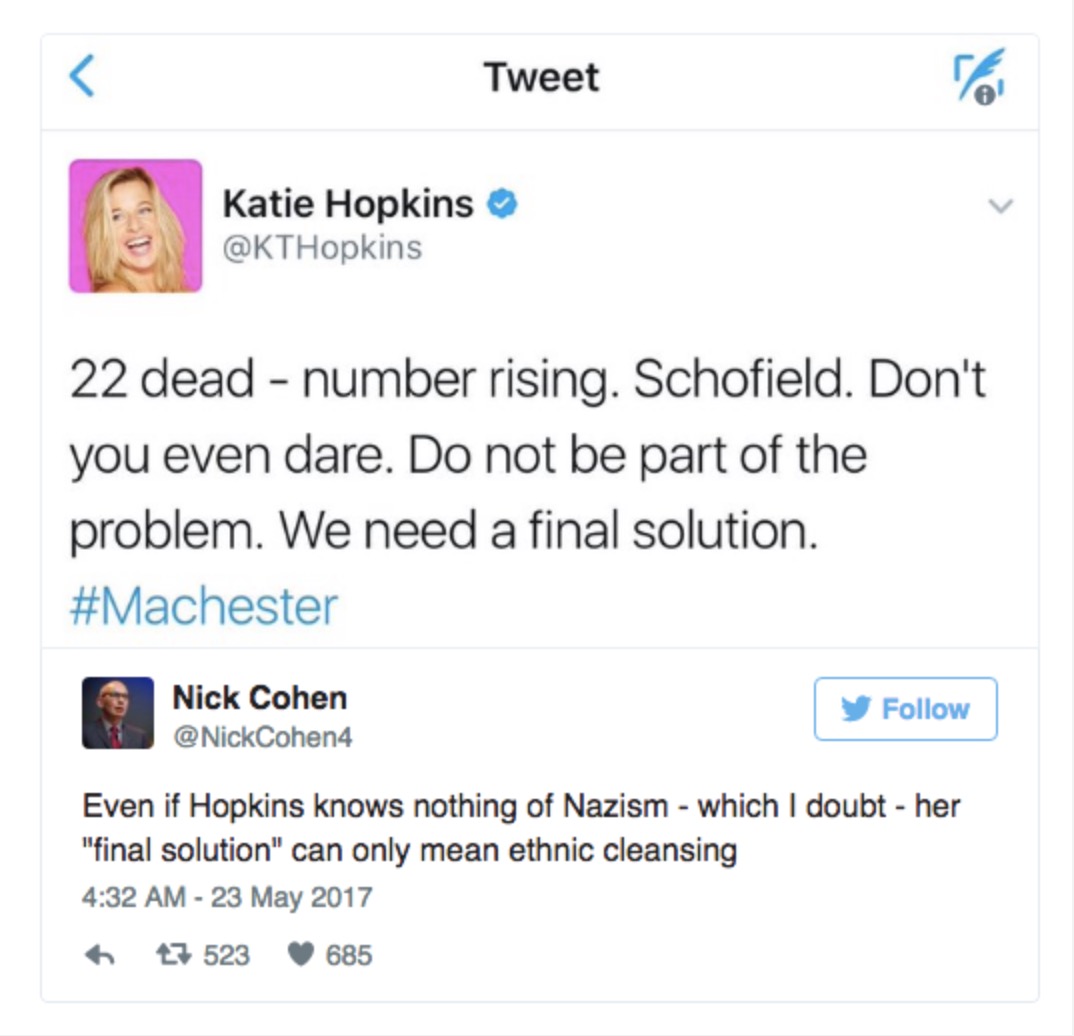 The tweet sparked outrage since the “final solution” remark seemed to refer to the Nazi’s efforts to exterminate Jews and other groups during the Holocaust. The tweet has been deleted, though Hopkins replaced it with a new one that calls for a “true solution” instead:

22 dead – number rising. Schofield. Don’t you even dare. Do not be part of the problem. We need a true solution. #ManchesterArena

The tweet was directed towards This Morning host Phillip Schofield, though it is not clear why Hopkins called out the ITV presenter by name. Hopkins’ tweet prompted a wave of complaints to the Metropolitan police, and an LBC spokesman confirmed that they would be parting ways with Hopkins at once.

“LBC and Katie Hopkins have agreed that Katie will leave LBC effective immediately,” the station said, according to The Guardian.

Hopkins has been known to make colorful comments about a wide range of issues in the past. Washington Post notes that Hopkins frequently slams Islam and refugees in her writings, and that Mail Online was once forced to pay $186,000 in libel damages after she falsely claimed that a British Muslim family had links to extremism.

She has also been known to make appearances on this side of the pond from time to time as well. During a recent appearance on Fox Business, Hopkins sang Donald Trump’s praises while savaging German Chancellor Angela Merkel.