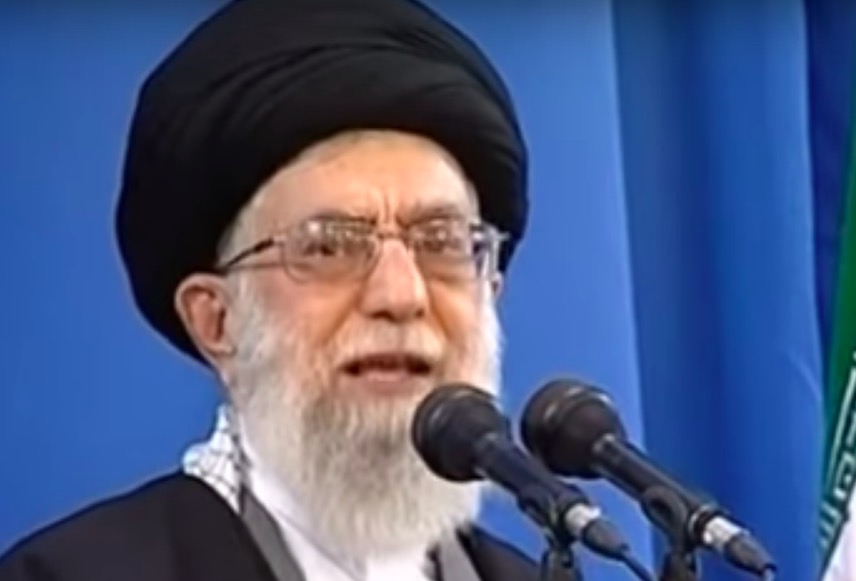 President Donald Trump announced U.S. withdrawal from the Iran Deal less than one week ago and, already, Iran’s supreme leader appears to be trying to get underneath Trump’s skin.

But Trump isn’t the only one irked after the supreme leader’s trolling.

Ayatollah Ali Khamenei shared an image on social media showing himself at an international book fair in Tehran, Iran while holding a book that Trump has publicly berated.

In fact, Fire and Fury: Inside the Trump White House by author Michael Wolff reportedly upset the president so much that he attempted to halt further publication.

Khamenei appeared to seize upon Trump’s disapproval of the book on Friday.

McDermott’s tweet sparked outrage amongst conservatives and MAGA-fanatics alike, with some outraged that he was making light of Iran’s leader, others apparently missing the joke entirely (likely deliberately), using it to batter CNN as well as journalists in general.

Derek Hunter, a writer for the conservative website Daily Caller who led the charge in expressing fierce outrage over McDermott’s tweet, is the author of a new book entitled “Outrage: How the Liberal Mob Ruined Science, Journalism, and Hollywood.”

This is why people hate journalists and why that hatred is justified, @brianstelter pic.twitter.com/Stelkvy7bz

Khamenei has publicly stated that he supports “Death to America.” https://t.co/BNr1fFvKKy

A CNN reporter is cheering Ayatollah Khamenei, welcoming him to “the resistance” against @realDonaldTrump. But you know… CNN is TOTALLY not a terrorist network ??? https://t.co/Ja03DxKnN1

the fact that the ratio on this is positive is pretty disturbing https://t.co/R34KZ1a1f0

I am not shocked by this tweet, other than that it was uttered publicly. No different than the western left quietly cheering for the Soviets throughout the Cold War. https://t.co/qKZG1d0TzH

This is a @CNN reporter who works for @KFILE openly cheering on the radical leader of #Iran.

A guy who chants “death to America!”

When we tell you the left hates this nation with a passion, it’s not drama or hyperbole. https://t.co/gcWkEBLG68

Apparently, it’s not just the “liberal mob” that needs to learn how to take a joke.