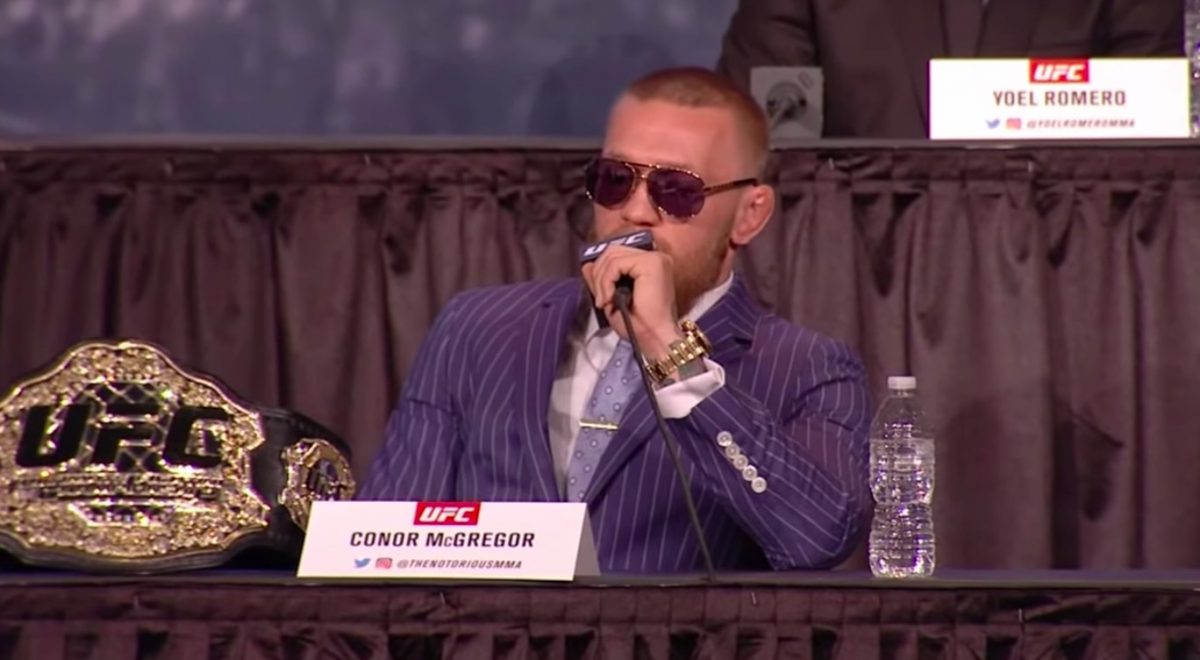 McGregor was arrested and questioned in January after a woman told law enforcement about the alleged incident that took place at a hotel in South Dublin. The investigation is ongoing, but McGregor was released without charges.

While rumors of the rape allegations against the fighter have flouted around Ireland tabloids for several months, the Times is the first major news outlet to directly name McGregor as a suspect. The paper also spoke to sources who confirmed McGregor was present the night prior to the alleged incident and booked a two-room suite at the hotel.

The publicization of the allegations in the Times came just hours after McGregor announced his retirement from the UFC.

Hey guys quick announcement, I’ve decided to retire from the sport formally known as “Mixed Martial Art” today.
I wish all my old colleagues well going forward in competition.
I now join my former partners on this venture, already in retirement.
Proper Pina Coladas on me fellas!