Each summer The Hill, a small Washington political daily with circulation in the low five figures, comes out with a list of the 50 Most Beautiful people in Washington — a mix of aides, representatives, senators, lobbyists and even some service-industry folks. 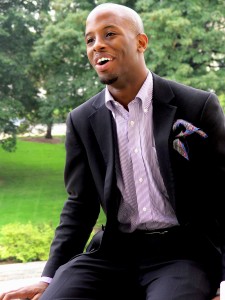 After six years of list-making, The Hill has become known for its ‘Most Beautiful’ feature, so much so that it would be safe to say that The Hill had this particular (-ly trivial) area of DC coverage cornered.

“We consider it a light feature, but we take it seriously when we put it together,” The Hill‘s features editor Kris Kitto, who oversees the top-50 list each year, told us over the phone.

But this year, there’s a new hottest-on-the-Hill list in town — The 50 Most Fabulous People on the Hill— the brainchild of  two wet-behind-the-ears congressional aides, who think that there are some flaws with The Hill‘s list.

But only in DC would there be cause for to 50-hottest lists. We spoke with Kelechi Kalu, 22, one of the upstart list’s founders to find out how Washington could possibly stomach another ranking of the city’s hottest young things.

“I do think there’s room for two lists — competition is one of the spirits of the Hill,” said Kalu. “It’s a fun little outlet amongst all this legislation that’s going on.”

Kalu and Brandon Andrews, who work in the offices of a Democrat and Republican senator respectively, decided to start their own list, “not because we weren’t on [The Hill‘s] list, but just because we wanted to be involved with the selection process as staffers on the Hill.”

Kalu and Andrews collected nominations using an anonymous email address and asked people to explain ‘why they were fabulous.’ After candidates who didn’t agree to participate were eliminated, the pair ranked them based on how many nominations the candidates received. Of course a little je ne sais quoi went into choosing the top ten, but only people who work on the Hill — who Kalu calls “The people who do the grunt work” —  were eligible for the list, no representatives, senators, lobbyists or other supporting characters.

The Fab Fifty list-makers swear that none of the time that they spent on their pet project interfered with their working hours, and they have tried to keep their boss’s names out of all of this. “I’m not sure if my member has caught wind of it,” Kalu said, “but the senior staff in my office have and they’ve been really supportive.” We promised Kalu we wouldn’t say his boss’s name, but anybody on the Internet could figure out pretty easily that he works for the only senator who has already constructed a mausoleum inscribed with his accomplishments to date. This whole vanity thing really has legs, huh. 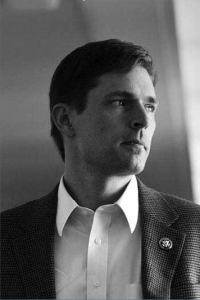 Rep. Martin Heinrich, #1 on The Hill's 50 Most Beautiful list

Kalu was adamant that his list was a more democratic version of The Hill‘s list. “We tried to include everyone, no matter race, religion, size, whatever; beauty is in the eye on the beholder, and everyone is fabulous in their own personal way.”

But how can a list that excludes more people than it includes be more democratic?

“We spend about three months on our list,” said Kitto of The Hill‘s list. “We talk to a lot of people, we consider a lot of nominations when we’re putting it together.”

If the Fab 50 list didn’t add much to The Hill‘s list as far as democracy is concerned, it still made a sizable splash in certain DC circles. Kalu and Andrews ultimately included themselves on the Fab Fifty list (because what’s more fabulous than compiling a list of fabulous people?), but not in the top ten. Their list was announced this weekend at a Bacardi-sponsored party, as advertised on the blog FamousDC.

And with the sponsorship came compromise: The ’50 Most Fabulous’ became “Bacardi Flavor’s 50 Most Beautiful People on The Hill under 30.” Kalu posted party photos taken by Elite DC magazine on his blog, A Slice of Snob.

The invitation to the launch party read:

This is a personal invitation to join DC’s tastemakers and socialites on Saturday, August 15, 2009 at Lounge 201. Ego on The HIlls will be hte first event of a 12-part monthly series branded as PARTYONTHEHILLS. The Hills is an eclectic blend of those who work hard and those that party weven harder. Join Kelechi Kalu and famousDC as we celebrate Bacardi Flavor’s “50 Most Beautiful People on the Hill under 30” … Those in attendance will dress “Hollywood Chic” and “NYC Trendy.”

After all that, the complete list has not even been posted online yet (Kalu sent it to Mediaite in an Excel document). The complete list of Kalu and Andrews’ 50 Most Fabulous people was posted on Politico on Monday.

“We didn’t do this to rival The Hill‘s list,” said Kalu. “That wasn’t our goal.”