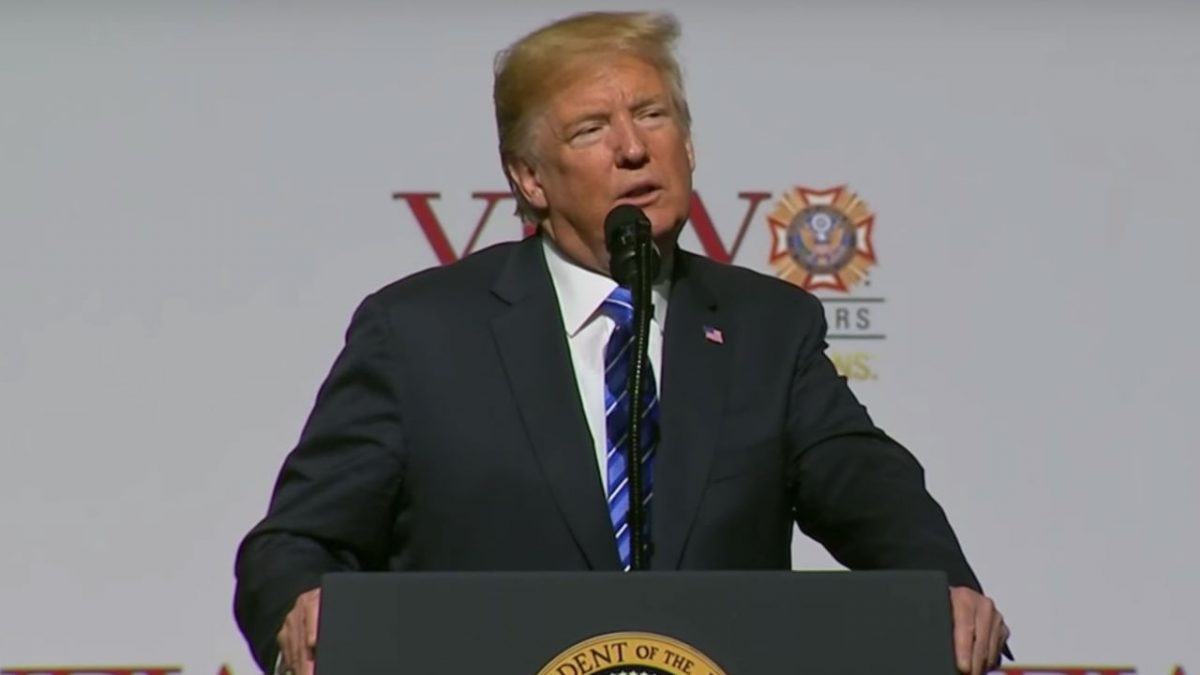 President Donald Trump trashed the “fake news’ again during his speech to the Veterans of Foreign Wars, a nonprofit group. At one point Trump told attendees not to “believe the crap you see from these people” before teeing off on CNN and NBC.

Trump’s media-bashing is pretty rote at this point, but the VFW ended up putting out a statement late this afternoon that both defended the media, and condemned its members that booed the press:

Today, we were disappointed to hear some of our members boo the press during President Trump’s remarks. We rely on the media to spread the VFW message, and @CNN, @NBCNews, @ABC, @FoxNews, @CBSNews, & others on site today, were our invited guests. We were happy to have them there.

At one point when the president was defending his tariffs, he even told attendees, “What you’re seeing and what you’re reading is not what’s happening.”