Drake was supposed to grace the cover of Rolling Stone’s upcoming issue. But after Philip Seymour Hoffman unexpectedly died of an apparent heroin overdose last week, the magazine decided to put the late actor on the cover instead.

The rapper, whose interview remains in the issue, expressed his “disgust” over the change in a series of tweets, captured by BuzzFeed:

For now, at least, Drake deleted the first two of those three messages, with only the third remaining up for his 14.2 million followers to see:

I'm done doing interviews for magazines. I just want to give my music to the people. That's the only way my message gets across accurately.

You can see the cover featuring Hoffman below, via Rolling Stone (note the Drake headline in the upper left section of the page): 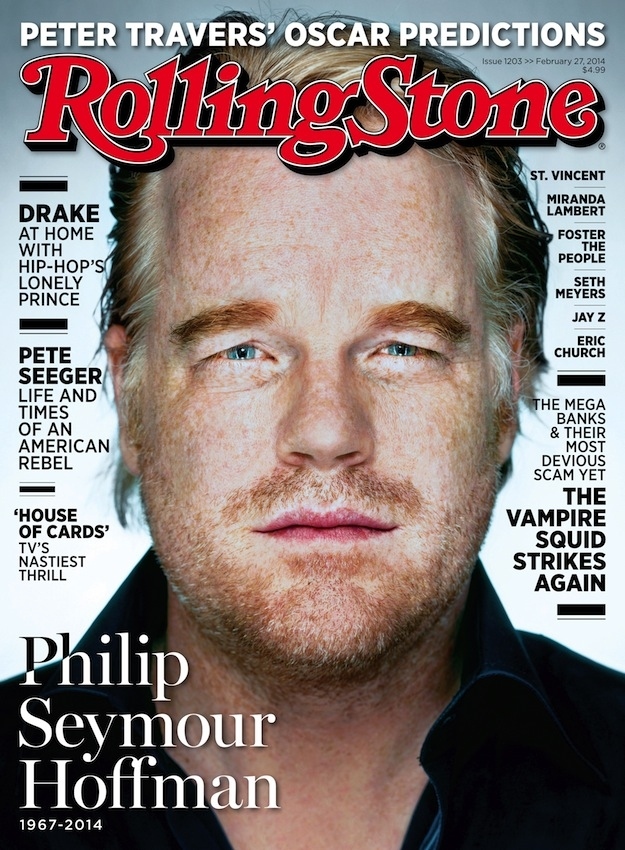 Drake is apparently also taking issue with the way he was quoted in excerpts the magazine posted online Wednesday regarding Macklemore’s post-Grammys “You were robbed” text to Kendrick Lamar. “That shit was wack as fuck,” Drake reportedly told Rolling Stone of the text. “It felt cheap. It didn’t feel genuine. Why do that? Why feel guilt? You think those guys would pay homage to you if they won?”

“This is how the world works,” he continued. “He made a brand of music that appealed to more people than me, Hov, Kanye and Kendrick. Whether people wanna say it’s racial, or whether it’s just the fact that he tapped into something we can’t tap into. That’s just how the cards fall. Own your shit.”