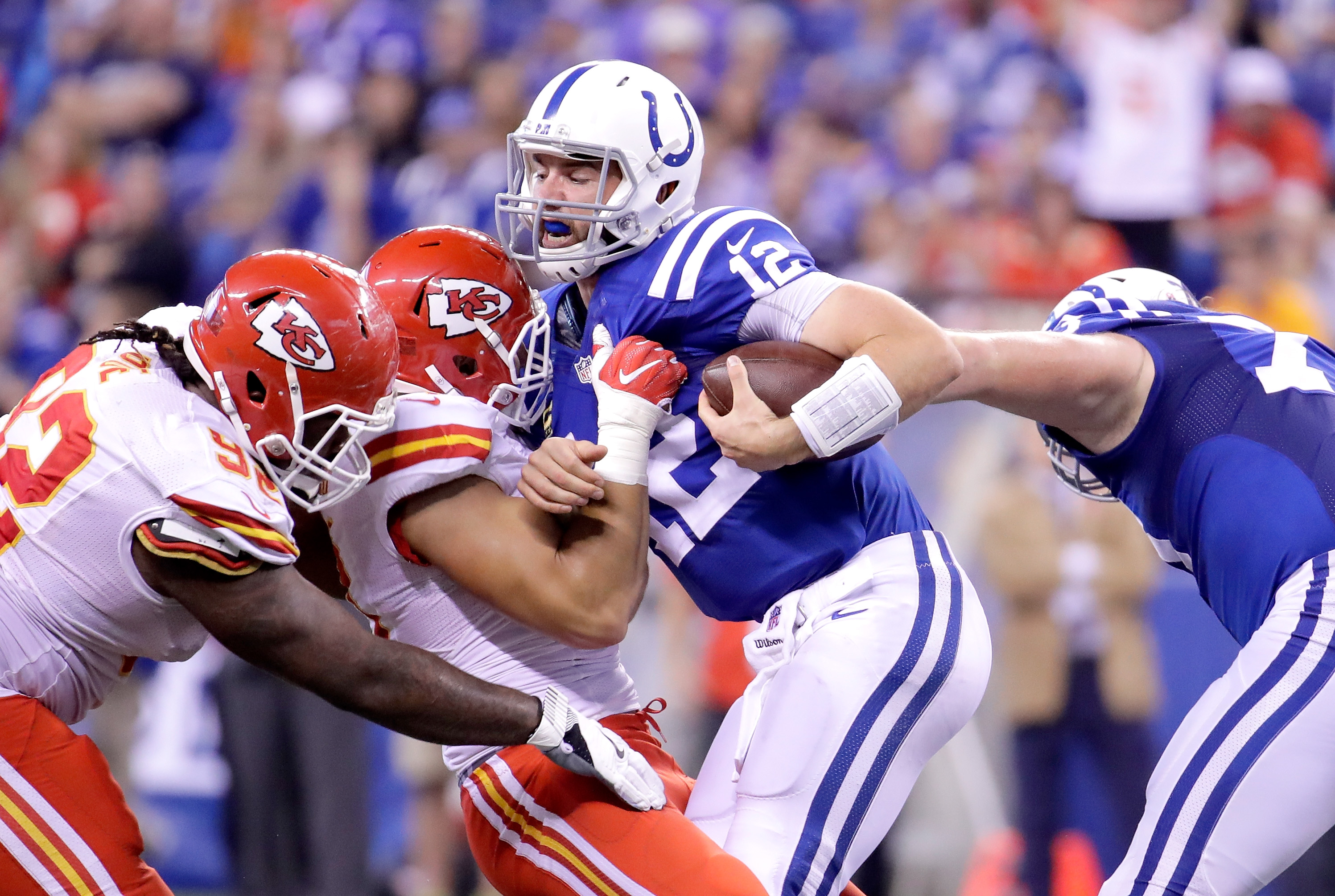 The Super Bowl is for the casual fans. But for NFL die-hards, it doesn’t get any better than Divisional playoff weekend. This year features four sparkling matchups. And it kicks off at Arrowhead Stadium — where the No. 1 seeded Kansas City Chiefs welcome the red hot Indianapolis Colts.

This is not your typical 1 vs. 6 matchup. The Colts come in scorching hot, having rallied from a 1-5 start to win 10 of their last 11 — counting last week’s Wild Card round triumph over Houston. The Colts really don’t have a discernible weakness. They are playing stellar defense. And on offense, they have become a juggernaut — led by the superb Andrew Luck at quarterback.

But the Chiefs have, at times, been truly dominant. Second-year quarterback phenom Patrick Mahomes posted eye-popping stats and made his team positively unstoppable. The question for the home team is their defense. Can they keep the high-flying Colts offense at bay?

And while the two defenses might not fare well in this one, one thing that may stop these two potent offenses. The weather. It has been snowing all Saturday in Kansas City.

The game kicks off at 4:40 p.m. ET. Al Michaels and Cris Collinsworth have the call. The action will be streamed live on the NBC Sports website, and can also be streamed on mobile devices via the NBC Sports app. The app can be downloaded via Apple’s iTunes Store and the Google Play Store. A cable subscription is required for the NBC Sports stream.