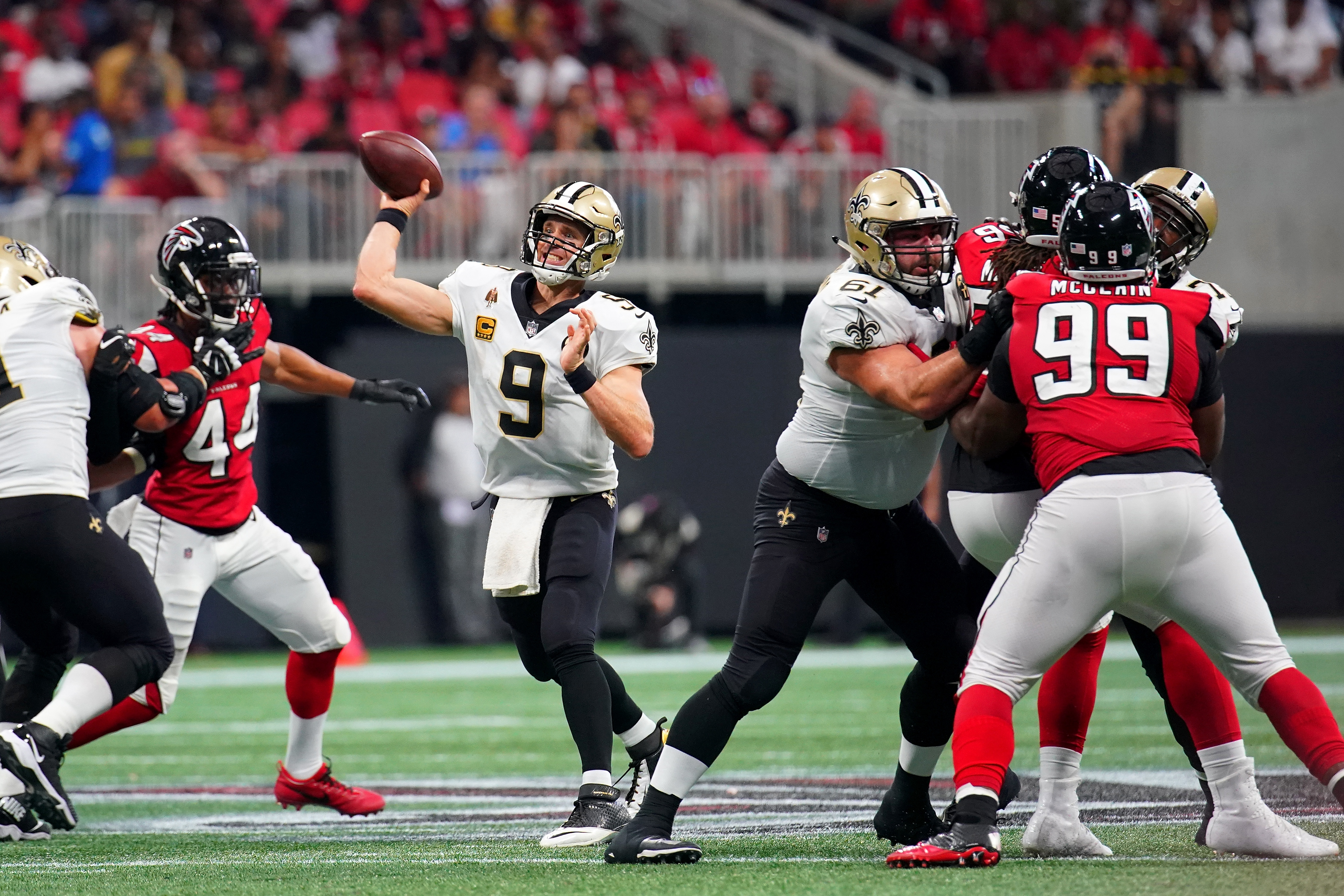 For decades on Thanksgiving Day, the NFL featured only a doubleheader — with the Detroit Lions at home in the first game, and the Dallas Cowboys at home in the nightcap. But in recent years, a third game has been added to the slate. And with dinner already having been eaten in much of the country, the timing is great for football fans to plop on the coach, and enjoy the action. This year, they’ll be treated to a fun NFC South match-up — as the New Orleans Saints play host to the Atlanta Falcons.

The 9-1 Saints are in the driver’s seat for home field advantage throughout the playoffs, with a tiebreaker advantage over their fellow one-loss club, the L.A. Rams. The Saints offense has been prolific, with future Hall of Famer Drew Brees leading the way. And on defense, the Saints are getting to the quarterback — a recipe for success when playing with the lead.

Atlanta is desperately clinging to their playoff hopes at 4-6, following a home loss last week to Dallas. Is a rebuild in store for the Falcons? Has this core, led by quarterback Matt Ryan and all-world receiver Julio Jones, seen its best days? Questions abound in Atlanta.

Nonetheless, if Atlanta has anything at all left in the tank, it seems certain that they’ll bring it on Thursday night against their bitter rival — in a showdown that seems certain to light up the scoreboard.

Kickoff is at 8:15 p.m. ET. The game is available online via streaming service FuboTV.

You can watch the game online on FuboTV here.

FuboTV gives you access to the NFL on CBS, NBC and FOX. Watch a preview: