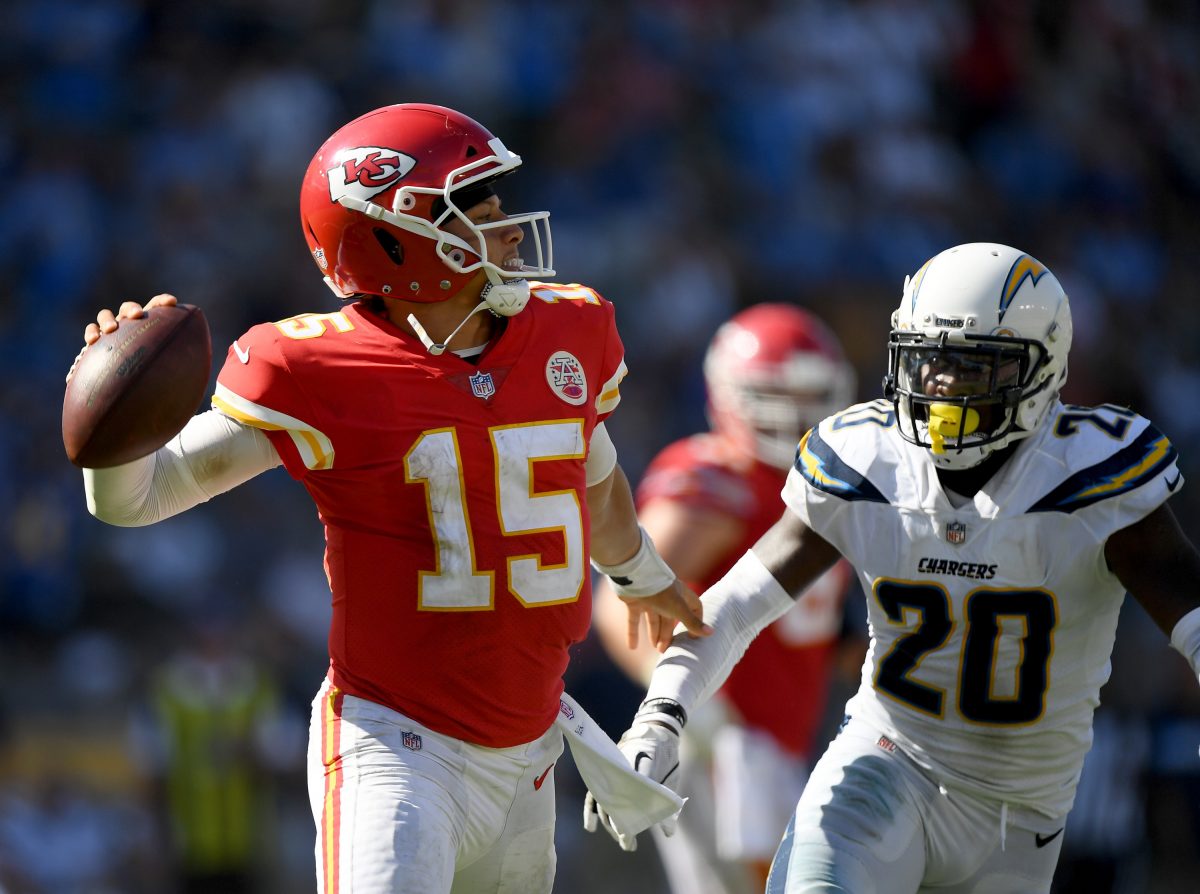 One of the biggest games of the NFL season takes place Thursday night at one of the greatest locations in the entire sport. The Los Angeles Chargers head east to Arrowhead Stadium for a showdown with the Kansas City Chiefs, as the curtain rises on Week 15 in the NFL.

The Chiefs, at 11-2, can wrap up the AFC West title with a win on Thursday night. They would also take big step toward locking up the No. 1 seed in the conference, giving them home field advantage throughout the AFC playoffs. Their dominance has been powered by their high-octane offense, led by second-year wunderkind quarterback Patrick Mahomes. The Chiefs have scored at least 26 points in every game this season — including their 38-28 win over these same Chargers way back in Week 1.

If Los Angeles is to turn the tables on Thursday night, they’ll likely need to light up the scoreboard. Even a strong defensive effort figures only to keep the Chiefs slightly under 30. It will be on Chargers veteran signal caller Philip Rivers to keep pace. But if they do, L.A. will pull even in the AFC West race — with a real chance to score the No. 1 seed themselves.

Kickoff is at 8:20 p.m. ET tonight. The game will be shown live on the Fox, the NFL Network, and Amazon Prime. The regular Fox No. 1 announce team of Joe Buck and Troy Aikman will have the call. (Hannah Storm and Andrea Kremer will describe the action on Amazon.) The game can be streamed via the NFL Network’s website. A cable subscription is required for the free stream. The broadcast is also available to Amazon Prime subscribers.