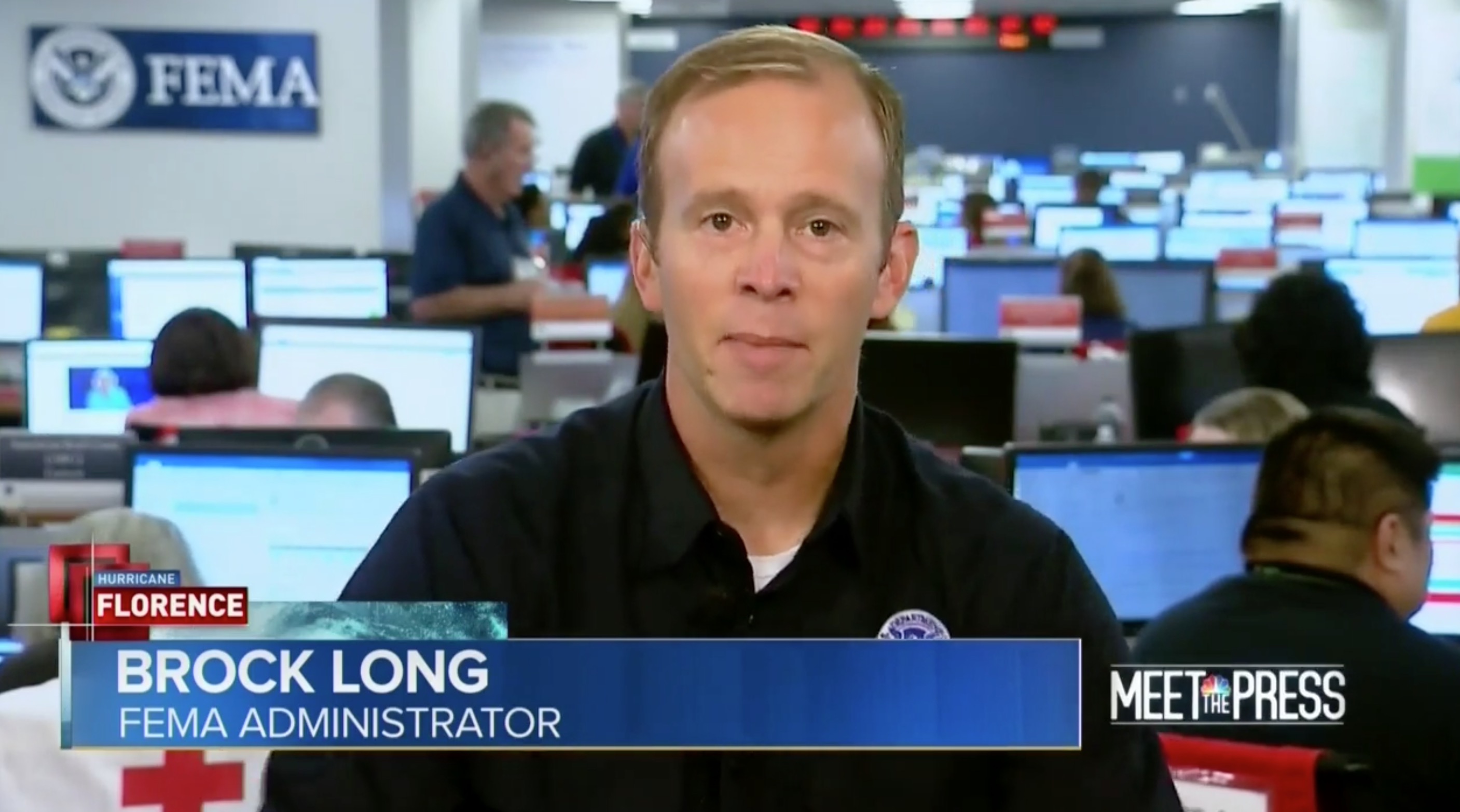 Wall Street Journal says Long and two other FEMA employees might’ve broken the law by using taxpayer dollars to commute between Washington D.C. and Long’s residence in North Carolina. The matter has been picked up by federal prosecutors under the Department of Homeland Security’s inspector general, who are currently deciding whether to pursue charges against Long.

The news comes as the government tries to address the damage cause by Hurricane Florence, and also after Brock defended President Donald Trump for casting doubt on the reports that 3,000 people died because of Hurricane Maria’s impact on Puerto Rico.