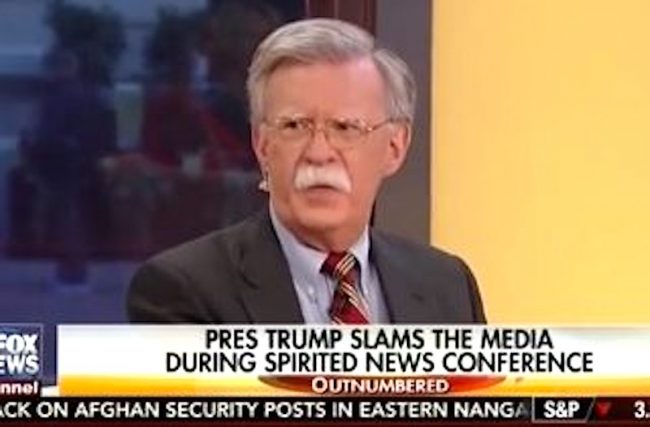 Shortly after it was announced that ex-UN Ambassador and current Fox News contributor John Bolton had been named national security adviser by President Donald Trump, CNN’s Kaitlan Collins reported this little tidbit on the negotiations between the president and the famously hawkish neocon.

Trump and Bolton have been discussing for weeks how he could replace McMaster. According to what a source familiar with those negotiations told me, Bolton promised Trump "he wouldn't start any wars" if he selected him as the new national security adviser.

As you can see in the tweet above, Collins states that Trump had Bolton promise him that he “wouldn’t start any wars.”