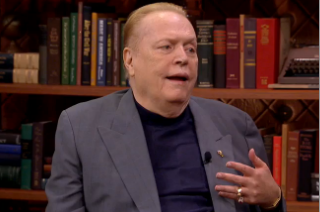 “Due to advances in technology and the universal availability of the Internet, young children are exposed to what used to be referred to as hard core, but is now considered mainstream, pornography at an alarming rate,” the bill states.

Flynt apparently decided to do something about this, because The Washington Times reports that state legislators can soon expect a special surprise for Hustler‘s upcoming anniversary.

“[T]he Utah Legislature is obviously confused about what constitutes a public health crisis, so I’ll send them our latest issue and they can see for themselves that we’re no danger to the public, only to the repressed,” Flynt said.