Lots of People Are Really, Really Angry With Coachella

Lots of People Are Really, Really Angry With Coachella 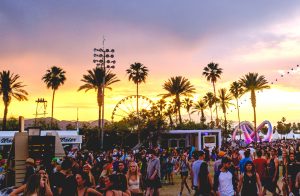 Two days ago, Coachella revealed its 2017 lineup and lots of festival-goers were excited about headlining acts Radiohead, Kendrick Lamar, and none other than Beyoncé. Today, however, word got around that the CEO of the company who owns Coachelle, Phil Anschutz has donated to the Alliance Defending Freedom, a group that “advocates for your right to freely live out your faith.” It sounds nice, but as The Mary Sue puts it, “that means they’re a group of anti-abortion, anti-same sex marriage advocates, who fight in the name of preserving ‘religious freedom.'” He’s also given to the National Christian Foundation, which the Southern Poverty Law Center classifies as an extremist group. Additionally, Anschutz is reportedly a climate-change denier.

Lots of people didn’t know this before, and they’ve taken to Twitter to sound off on the festival. Some are questioning Beyoncé on how she’s going to handle it. Others are encouraging people to boycott.

Never been to Coachella and won’t be going now. Neither should you. https://t.co/pCr4IFRix2

The owner of @Coachella donates to anti gay groups. I think @Beyonce should withdraw. We should not give money or platforms to hate groups.

@Beyonce @radiohead @kendricklamar Did you know this about the owner of Coachella, Mr. Anschutz? Speak up, please! pic.twitter.com/r30NqioV1h

friendly reminder that the owner of coachella donated a significant amount of money to anti lgbt+ groups so think abt what ur supporting :)

Was totally into the idea of Coachella until I read that the owner supports anti-LGBT groups and denies climate change ?

Won’t ever go to @coachella! The owner gives money to hate groups! Awful!