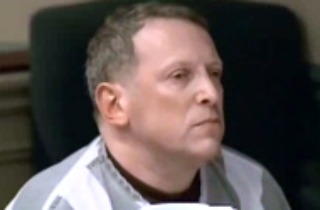 A New Jersey man is likely to face 5 to 10 years in prison after his revenge killing of the Boy Scout leader who molested him as a child. When Clark Fredericks pled guilty on Wednesday for the death of Dennis Pegg, the prosecutors not only dropped first-degree murder charge in favor of manslaughter, but the courtroom erupted into applause as he was led away.

“From the time I was 8 years old until I was 12 years old, I was sexually assaulted and raped by Dennis Pegg,” Fredericks said at a courtroom in Sussex County. “It started with him wanting to touch my scar that I had through open-heart surgery at the age of 6. It progressed to wrestling matches and eventually led to him raping me.”

CBS Local reported that Fredericks said that Pegg would torture and kill animals while out scouting, and threatened do the same to him if Fredericks “told anyone about our secret.” He went on to describe how he kept it bottled up inside for years, thinking that no one would believe him due to Pegg having been a family friend and a respected former law enforcement official.

Fredericks described how he was watching the conviction of former Penn State coach Jerry Sandusky, and was driven over the edge at the thought that Pegg would not be held accountable in the same way. “The next day,” Fredericks said, “my shell cracked. My mind flooded with images, memories, anger and mostly shame.”

Pegg was never charged with any other sex crime, but Fredericks blamed him for the suicide of a friend years ago, and added that Pegg showed him photographs of other boys who weren’t wearing any clothes. At least one other former Scout has told authorities about the molestation, and investigators found child pornography files on Pegg’s computer at the time of his death.

You can watch Frederick’s guilty plea here, via CBS Local: