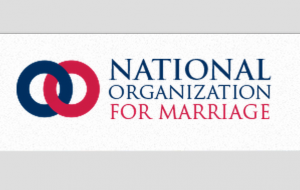 It’s been a red-letter day for people who support equal rights under the law (also known as our Constitution’s 14th Amendment), but what about the conservatives who don’t? We’ve definitely been hearing from them today, but the statement from Brian Brown of the National Organization for Marriage sounds as if they knew they were fighting a losing battle, but don’t really care and will continue to fight that losing battle:

“Though expected, today’s decision is completely illegitimate. We reject it and so will the American people. It represents nothing but judicial activism, legislating from the bench, with a bare majority of the Justices on the Supreme Court exercising raw political power to impose their own preferences on marriage when they have no constitutional authority to do so. It is a lawless ruling that contravenes the decisions of over 50 million voters and their elected representatives. It is a decision that is reminiscent of other illegitimate Court rulings such as Dred Scott and Roe v Wade and will further plunge the Supreme Court into public disrepute.

“Make no mistake about it: The National Organization for Marriage (NOM) and countless millions of Americans do not accept this ruling. Instead, we will work at every turn to reverse it. The US Supreme Court does not have the authority to redefine something it did not create. Marriage was created long before the United States and our constitution came into existence. Our constitution says nothing about marriage. The majority who issued today’s ruling have simply made it up out of thin air with no constitutional authority. Today’s decision of the Supreme Court lacks both constitutional and moral authority. There is no eternal or natural law that allows for marriage to be redefined.”

The argument that SCOTUS has no right to make a decision like this always becomes a talking point, but then what is their function, exactly? And if the Court had ruled the way conservatives had wanted, would they still have the authority? And what about the majority of Americans who favor marriage equality?

NO. Brian Brown and his fellow conservatives don’t care about the details, apparently. So he can go ahead and keep fighting. And keep losing.