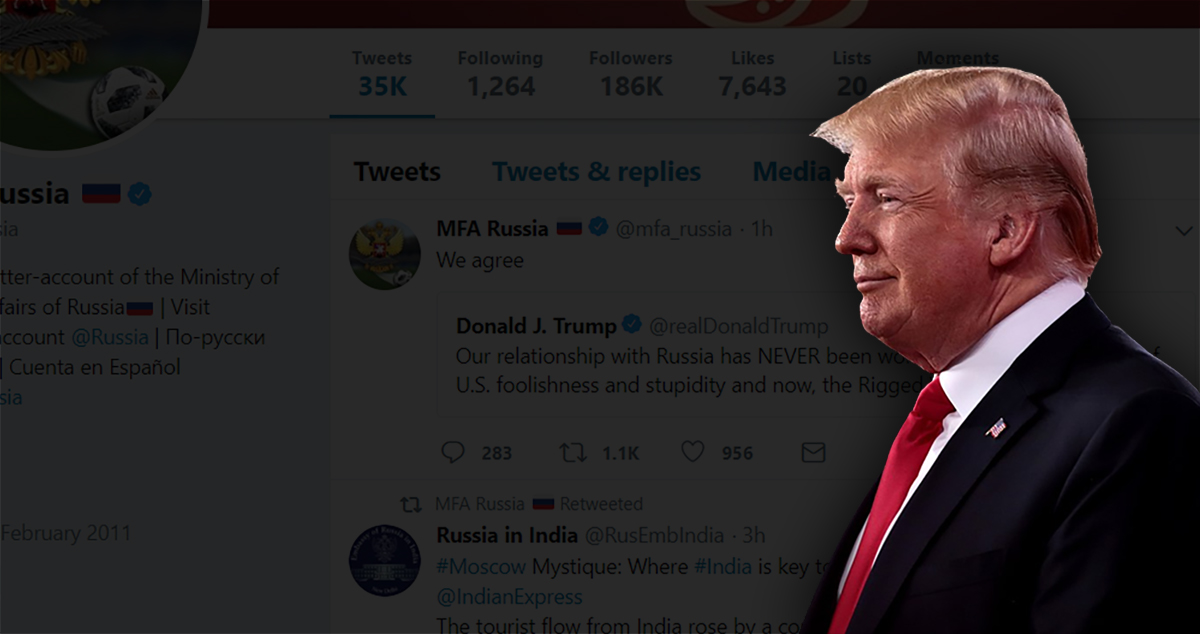 Via Twitter, the Foreign Ministry responded to the President by retweeting his tweet blaming the United States and expressing their agreement:

In pre-Trump America, this would be called a propaganda victory for Russia and “blame America” by Republicans.