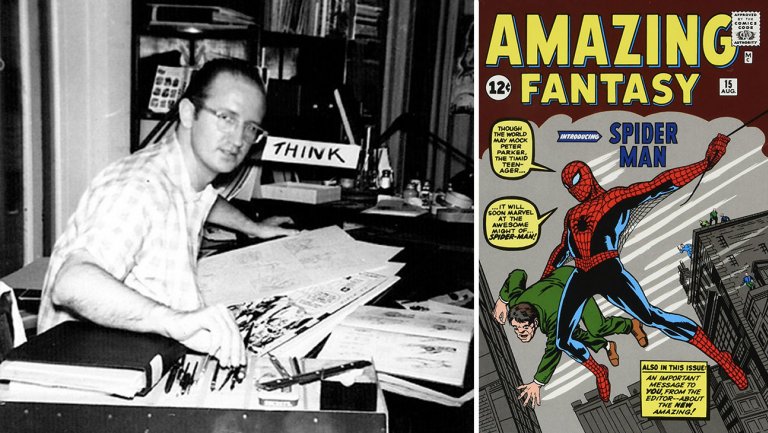 One of the great masterminds behind some of the most prominent comic book superheroes has passed away.

Steve Ditko, the co-creator of Spider-Man and Doctor Strange, was found dead in his apartment in late June, but his death wasn’t confirmed by the New York Police Department until Friday.

Born in 1927 in Johnstown, Pennsylvania, Ditko became exposed to newspaper comics at an early age, and found his love for comic book superheroes during the inaugural issues of the iconic Batman character as well as Will Eisner’s “The Spirit.” After graduating high school in 1945, Ditko enlisted in the Army, where he got his first job in the comic book industry drawing comic strips for Army-syndicated newspapers.

After news of his death hit the internet, fans of his work took to Twitter to thank Ditko for his creativity and in the words of Neil Gaiman, honor the memory of the man who “gave us ways of seeing that were unique.”

Steve Ditko was one of the most amazing creators in the history of comics, and showed us there is a hero in all of us. Our hearts go out to his loved ones, and everyone who knew him. pic.twitter.com/ukvuA7odF5

Steve Ditko was true to his own ideals. He saw things his own way, and he gave us ways of seeing that were unique. Often copied. Never equalled. I know I’m a different person because he was in the world. pic.twitter.com/2GFSA86Btj

Goodbye, Steve Ditko. Thanks for making such a mark on my life with your own marks. Rest in peace. pic.twitter.com/LJsAUVulVM

RIP Steve Ditko. A complicated life, an amazing artistic legacy. Thank you for your creativity. https://t.co/Yi443uyCIS