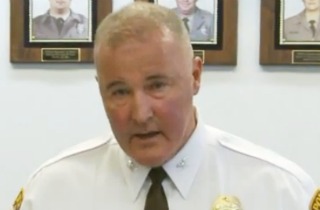 In a Facebook post Thursday afternoon, St. Louis County Police Chief Jon Belmar apologized for an earlier “offensive” and “insensitive” post about the killing of 12-year-old Tamir Rice by a police officer in Cleveland.

“The intention of the post was to inform citizens about the potential danger of airsoft or pellet guns resembling real guns,” Belmar said. “However, the post was a misguided communication strategy and was offensive to many people.”

Belmar went on to apologize to Rice’s family for the “insensitive” post, and explained the original intent of the post:

“I too was a kid, and I too would have done the same thing as Tamir Rice did,” Aaron Dilks, the officer responsible for the post, told Mediaite. “I was allowed to go play with guns, and have BB guns — we didn’t have Airsofts at the time. The point of the ‘kids will be kids’ is that’s what kids will do…The point of putting [the post] out was to educate and make sure something like this doesn’t happen in the city of Fenton or in our area.” 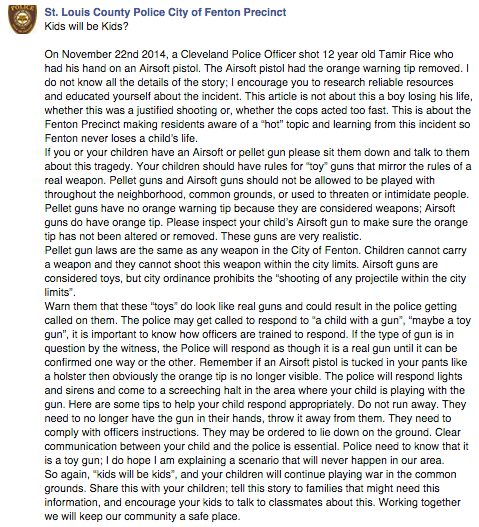